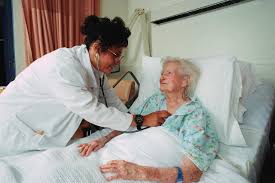 They cannot help themselves.  The lies and spin of the GOP have reached epidemic proportions.  It has gotten so bad that a citizen can believe nothing they are told by any Republican national or state leader.  That party deserves every election it will loose henceforth. But now the GOP thinks it can set itself back on course, by simply pushing their miserable, misanthropic, misinformation about Medicare and Social Security.  They think it is just the “messaging.” In the end, the GOPhers who would be president (if only they were presidential material) have been caught in the web of lies of their own making.  One by one they fall.  And then one by one they try to rise like a Phoenix!  Hahhaha.  So tone deaf and without scruples are they that Newt still thinks he has a chance.  Paul Ryan has doubled down on his lies and Sarah Palin sees another mirage opportunity to milk. 2012 will be a lot more fun that I once thought.

Change is coming.  And the GOP won’t be leading it.  Instead, as evidenced by the near historic win in a district, until Tuesday, only electing Democrats twice in a hundred years, Democrats are on the move to take back the House.  But continued success will require Dems to show the crafty and manipulative GOP pack of lies for what they are: Attempted grand theft. And the set-up by the GOP took gall as well as cunning.  Today, lets first look at their lies about Medicare. Next up, in my next blog, Social Security.

1. First Republicans  deceived the public that Democrats had supposedly “cut” Medicare in the health care reform bill.  What Dems did, was deliver efficiencies, increase fraud detection, and (most importantly) stop the nearly two hundred billion in subsides in the form of overpayment  going to for-profit insurance (“Medicare Advantage”) companies.  This diversion of major Medicare funding was a giveaway to corporations.  AND it de-funded traditional Medicare, causing an escalation in schedule for it to come up short long about 2024.  This was a calculated effort to de-fund the program and ultimately cause a shortfall.  It is oversight by decimation, a miscarriage of congressional stewardship and (again) grand larceny.

2. Next they had to persuade seniors and other adults that, contrary to fact, the Dems had “hurt Medicare” to pay for health care reform.  In a climate wherein people didn’t even know there were no death panels in the bill, that wasn’t so difficult.  This worked for a while, but voters have begun to catch on.

3. The meme the GOP latched onto was that they were the party to “protect” Medicare even as they specifically set forth to destroy it.  (The counter to this was to not let them get away with it.)

4. The GOP spread the lie that only recently have there been just three persons putting money into the system for every one taking benefits out.  In fact, that has been true for thirty years.  But creating this deception lays the groundwork for voters to think now is somehow different.  The main difference now is that we have so many Republicans blatantly violating their oaths of office and their requirement to be good stewards of our nation’s resources,including our Medicare and Social Security programs.

5. Next, having tried to portray themselves as protectors of Medicare, the GOP, moved to actually privatize Medicare and  thus effectively kill it.  And then they lied and denied this.  Even today they are lying that they are “protecting” the program.  They claim they’ll “give” (which is a loose term since citizens have paid into Medicare throughout their working lives) a subsidy to buy private insurance.  Democratic critics call this vouchers.  It is even worse than vouchers.  Because tax credits or “premium support” in GOP parlance would be received after the fact and be of little use when people had to buy what would then be much more expensive coverage the open market.  They would not likely be able to buy insurance at any price.  But were they to find it, it would be unaffordable.  The Congressional Budget Office reported that with the GOP plan, a substantial number of seniors would pay most of their income to private insurers. It would cost thousands of dollars more each year from people on fixed incomes who can ill afford it.

6. The gall continued as the GOP claimed to leave traditional Medicare alone for those over 55. This was supposed to serve the purpose of neutralizing seniors, and those becoming 65 in the next 10 years, whose baby boomer legions invented protest.  Not so fast. The big lie here is that the system depends on the revenue stream of the younger seniors, who consume less of the dollars than their older counterparts, especially   those in their eighties.  There are two revenue streams for Medicare: Payroll deduction for workers and premiums for those on Medicare. Like all insurance programs, this one also depends on evening out premiums by capitalizing on the younger subscribers using less care, on average,  because they tend to be healthier.  With the GOP plan these folks are privatized right out of the system and their premiums go with them. Those 55 and older would also hit the private market at 65 with little likelihood of finding affordable insurance AND no price caps to protect them.  It would be open season on their wallets. Meanwhile, with younger seniors  having been moved to privatized Medicare the traditional system would collapse. Thus, the promise that current recipients would be unaffected is a terrible lie.

7. In the GOP scenario, Americans would revert back to a previous time when old people received little care and were left suffering and on their own in their final years unable to get treatment or relief from their suffering.

8. In the GOP scenario, the real problems causing the Medicare shortfalls would never have been addressed, yet the GOP would declare that the system incapable of fix and declare it DOA for future.

9. EXCEPT, the Democrats rewrote what is possible.  They demolished the GOP frame and they did it while telling the truth.  Meanwhile. The GOP did try to destroy Medicare.  They are still at it.  And they cannot be allowed to succeed…not now and not later for our children and grandchildren.

10. The Americans who invented protest are yet capable of turning out to stand up to the GOP challenge to their well being.  And we will be there, on the mall, in our down towns and anywhere we are needed to say, “hell no we won’t go to that GOP imaginary land of on-your-ownership.” America is better than that and better than the GOP.

11. The GOP also miscalculated on one other fact. We seniors are not just in this fight (supporting Medicare) for ourselves. Protecting Medicare will protect our children and grandchildren’s futures.  It will protect their ability to own a  home and send their children to college (they won’t be broke supporting their parents).  Part of what allowed families to send their children to college in greater numbers was that with Medicare and Social Security their elders were more self-sustaining.  One wonders how these same GOPhers would react should their parents land on their doorsteps!  Seniors  put into the system their whole lives with a promise it will be there when they are old.  This is a generational compact as surely is ensuring that public education is protected from the Billionaire Boys club.   Assuring younger generations of their elders’ continued support is not only the right thing to do.  It is also the smart thing.  And vice verse.  We are an interdependent web of life.  And it is time we, but especially the Republicans, began acting like it.

12. We pledge to one another that we will have each others’ backs.  And we move forward to stand up against the greed, deception and contempt of the bankrupt party of bankruptcy.  Say it,  GOP: The Party of Bankruptcy. It’s a fact, not spin.

The GOP tosses that term around, falsely asserting programs we want will be “bankrupt,” when it is their fiduciary responsibility to make sure they do not go bankrupt.  Rather than act responsibly, they opportunistically try to gut the very same programs they pretend to support. They need to grow up from behaving like the tantrum stomping bullies of the American people that they are. If they keep it up, the public will route the from office.  Let the campaign for 2012 begin!