This past Saturday night, Tom Perriello spoke to the Arlington County Democratic Committee’s 2011 Jefferson-Jackson Dinner. Perriello’s fiery, no-regrets, personal and political speech was very well received by the several hundred Democrats in attendance.  Among other things, Perriello talked about the work he’s doing in Egypt, telling an amusing story about how someone asked him, a bit sheepishly, “You’re giving us this advice, but you lost.”

According to Perriello, “There are worse things than losing; not standing up for your values is one of those things…the only thing more frustrating than losing is having never made your argument in the first place.”  Along those lines, Perriello argued that Democrats need to make the case for what they believe in, that “the best way to guarantee that you lose an argument is to never make your side of the argument” (“it’s like a tug of war with only one side [pulling]”). Perriello argued that we need to advocate the Democratic case for building our future prosperity, especially when “Republicans are trying to deny that the future is coming.” According to Perriello, “we’re on the right side of the future.”

In stark contrast, Perriello argues that Republicans have come out with a plan that’s “devastating to seniors,” have blown the budget and used phony numbers to “balance it” (a clear shot at Bob McDonnell), have treated our universities as “political punching bags” (a clear allusion to Cuccinelli’s crusade against climate science).

Finally, Perriello said he has “no regrets,” that he was “proud to support a stimulus which prevented a Great Depression…energy independence legislation and I wanted that to be stronger…and health care reform and I wanted that to be stronger too.”  A great line by Tom, which I really hope (supposed) “radical centrists” like Mark Warner listens to: “Taking a good idea and cutting it in half doesn’t make it a better idea.” Bottom line: we either believe in the values we espouse or we don’t. If we do, we should fight for them. End of story. Go Tom! 🙂 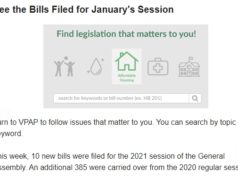