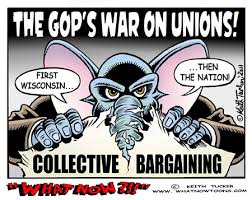 See if you can read Gov. McDonnell’s Labor Day statement without throwing up just a little bit in your mouth.

Tomorrow, the Commonwealth and the Country will celebrate the backbone of this nation, the American worker. In the midst of one of the toughest economies we have ever experienced, we will pay tribute to the men and women who have built this nation. We will do this knowing how much work there is to do before there will be good work for all of our citizens. The economic circumstances surrounding us are well known.  Unemployment remains far too high. Uncertainty remains present in far too many homes. Too many Virginians and Americans who are anxious and ready to work simply cannot find the simple opportunity to do so. That is a tragedy. Resolving this situation by growing our economy and freeing the private sector to create good paying new jobs is the duty of our day. Now is the time that we must come together to turn this economy around. It’s time for a collective effort to create the opportunities our citizens need and deserve. As we pause tomorrow to celebrate the goodness and nobility of work, let’s also resolve to join together in the years ahead to ensure that good work will continue to be available for all who seek it. I wish all Virginians a wonderful and relaxing Labor Day Holiday.

How on earth he can actually spit out these words, about the American worker being “the backbone of this nation” (which, indeed, is true!), while 100% coddling and kowtowing to Big Business and Crony Capitalism, while his party’s policies largely caused – and certainly have exacerbated and extended – the high unemployment he decries, while his party’s policies tilt the playing field against the American worker in pretty much every single way conceivable, and while his party bashes unions and opposes every effort by “the American worker” to organize and strengthen him/herself in relation to corporations, is simply astounding. Does McDonnell even know what he’s saying? Does Bob McDonnell realize that “good work” does not mean slave labor wages, terrible working conditions, minimal if any health care coverage, no job security, and all the other stuff his pal Rick Perry the Secessionist/Theocrat has done in Texas? Does Bob McDonnell even know what a “lie” is, let alone a Big Lie? Apparently, he does not, or he simply doesn’t care. Pathetic, as always.