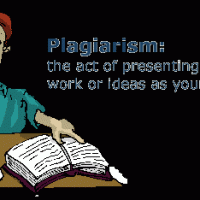 Over at The Green Miles, my fellow progressive, Virginia (and environmental) blogger Miles Grant explains how the Post stole his story about how global warming might bring armadillos to Virginia. Miles points out that just 2 days after he published his piece, “the Washington Post’s Post Local did the exact same story.” Without any attribution or credit, of course. Why “of course?” Because the Washington Kaplan Post does this all the time. For instance:

*As Miles points out, “Just last month, the Post-owned Fairfax Times stole a quote from ArlNow.com without attribution.”

*On July 20, I broke the story on Barbara Favola receiving a $2,500 donation from Advanced Towing, then voting 5 days later to give the Arlington towing industry (including Advanced Towing) $250k more per year. A day later, the Kaplan Post ran with the story, but without any credit or attribution of any kind to Blue Virginia, which was tipped off about the story, then researched it and wrote it up (aka, “broke the story”).

*It happened again today with this Post story, about Keith Fimian starting a PAC to help the Virginia GOP. The only problem? Again, Blue Virginia broke that story, this time back in July — over two months ago. So, did we get any credit from the Kaplan Post for this? Hahahahaha, you must be kidding — this is the for-profit “education”/corporate hack/desperate-to-stay-in-business-at-any-cost/Kaplan Post we’re talking about. C’mon!

*This isn’t just a recent phenomenon. Check out this 2006 Media Bistro story, in which “A story in Saturday’s paper on mass firings at the Corcoran Gallery of Art failed to credit the influential blog where the news first broke.”

*It’s not just blogs, either; check out this story, in which “the Washington Post issued a rare apology for publishing two stories last month that included ‘substantial material that was borrowed and duplicated, without attribution, from The Arizona Republic newspaper.  '”

*Also, check this out (h/t to a commenter on TheGreenMiles).

I’ve written to the Post ombudsman about this multiple times over the past few months, and he’s said he would look into it. So far, though, I’m not seeing any improvement in the Post’s behavior. In fact, based on the fact that they just stole two Virginia bloggers’ stories in the span of 24 hours, it appears that they’re actually getting worse! Amazing.