So I was reading the recent post by the Virginia Democratic Senate Caucus.  What Capital Square does Governor McDonnell live on?   First – no one paid attention to that diary – get a better title!  I posted a comment – but then thought this is so gonna go unnoticed – time for a diary

A Year Ago in Wisconsin, I was awakened

– Here is my plea to the Virginia Democratic Senate Caucus.   Time to go Wisconsin on their A&%!

I don’t care about Bob McDonnell’s national political ambitions.  I care about what you as an equal body is going to do to stop the madness.   Please no more sound bites, no more press releases on how the big bad Republicans are doing bad things, we Know they are – the problem is you have to do something to stop them.

The VA Democratic Senate Caucus must pull out every procedural, every nuclear option to stop this.

GO WISCONSIN ON THEIR A*%!

Please read this post on Dailykos to see how to get the people behind you.

But then I was shocked as a speaker came to the podium and announced that the 14 Democratic Senators had left the state to deprive the republicans a quorum. The mood suddenly flipped 180 degrees. People who had been morose suddenly came to life! YES! We can fight this! We WILL FIGHT THIS!!! And what’s more, we will fight for the senators that are fighting for us!

There comes a time in most people’s life that get them pissing mad to get engaged in the political process – for me – it was the impeachment of President Bill Clinton.  The time is neigh for that groundswell in Virginia

Here’s another post on BV that tells you some hat tricks you can use – but again – don’t just talk – take action – after all that is what is asked of the grassroots and Democratic activist to get you elected.

Below – this says it all!

I had always been active as far as voting and following national politics.  But prior to a year ago today, I didn’t know Scott Fitzgerald from the Edmund Fitzgerald (and now Scott’s career appears to be sinking almost as quickly!)  For me, democracy had always been about voting and encouraging others to vote.  But outside of the gubernatorial races, I just didn’t give a shit about state politics or actually getting involved.  A year ago today, I truly learned what democracy looked like.  I would no longer merely talk about protecting the rights of myself and others, but rather, stand up for them.  I would no longer merely praise democracy, but rather, physically and socially ENGAGE in active democracy.  I would never again allow myself to settle into an apathetic mindset towards the activities of our elected officials. I had seen the reality of the far right-wing extremism that had been unleashed upon my beloved state by the likes of ALEC and the Koch Brother Barons, under the guise of Scott Walker and a “balanced budget.”  I had stood with those who were so deeply affected by it’s devastating consequences.  The camaraderie and positive vibes I had experienced that day were intoxicating…and I knew that I just had to keep going back and stay involved, for as long as it possibly took. 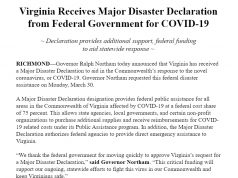 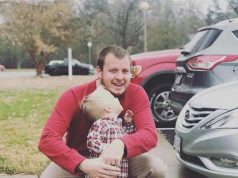