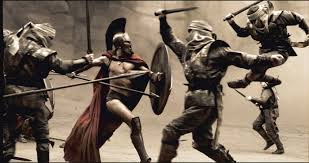 One hears it all the time: many Republican lawmakers, in their gerrymandered districts, do not have to fear losing in a general election, but do have to worry that they’ll get primaried from the right if they don’t go along with the crazy and destructive ways of the present-day Republican Party.

OK. And where does that get them? Maybe they keep their deck chairs and maybe the Republican Party is becoming the Titanic. More important, where does that get the country — with one of its two major parties a virtual wrecking ball on every part of our political/economic/social/cultural structure it can reach?

People are saying nowadays that there’s a battle ongoing for the soul of the Republican Party. Here’s where that battle should be fought: the sane Republicans should say to the threat of a primary, “Bring it on.” And then they should go into battle for the hearts and minds of Republican primary voters.

OK. Maybe the craziness and deludedness — that the force that’s taken over the right has worked to effectively to create in the Republican base over the past 20 years – cannot be turned around overnight. But the defeat and disarray the party has suffered from is opening up an opportunity to turn that destructive force back.

The battle should be joined by all those Republican politicians whose political circumstances give them a very good chance of succeeding now (like New Jersey governor, Chris Christie) and also by all those who have the moral courage to fight the fight their country needs for them to fight.

The Republican base has been living in an alternate, phony reality sold to them by the likes of Rush Limbaugh and Fox and Republican politicians. But there is no necessary reason why the Republican voters need to stay in their present, deranged state. They are not, most of them, deranged people.

So there’s no necessary reason why the threat to reasonable and moderate Republicans to be destroyed by wacko primary opponents (as has been happening to people like Mike Castle of Delaware in 2010 and Richard Lugar in 2012) will continue indefinitely into the future.

The election of 2012 has put new forces into motion. It is important that the momentum of these forces be seized — by President Obama and the Democrats AND by those sane Republican office-holders who, until now, have allowed themselves to be intimidated by the sick and broken spirit that’s seized hold of their Party over the past generation.

It has long been time for good people to stand and fight. That now includes those Republicans whose preferred way of doing politics is to be sane and reasonable and constructive.

Andy Schmookler, an award-winning author, political commentator, radio talk-show host, and teacher, was the Democratic nominee for Congress from Virginia’s 6th District.  Among his books is The Parable of the Tribes:  The Problem of Power in Social Evolution.