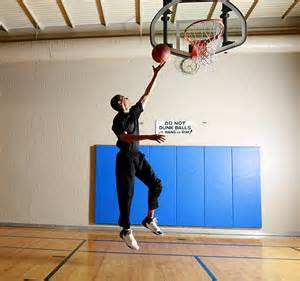 The President has endorsed a proposal –  made last year by Senator Warner’s group – to adopt so-called “Chain CPI” as a way to cut deficit spending. In effect, the proposal will reduce benefits for Social Security retirees as used by the President. In his column today, Ezra Klein tries to show how this is really no big deal.

Klein is wrong on the numbers that actually matter and even wronger on the politics. The problem is, he totally misses the 200-proof strategy thing: in the Virginia context, this could be a huge political issue in the 2013 Virginia governor’s race, depending on how Terry McAuliffe and Ken Cuccinelli play it.

Why? Consider this: the average Virginian on Social Security is a 75-year-old widow whose total benefits are about $13,000 a year. Seniors are also the biggest backers, by pollster age groupings, of Virginia Republicans. Being seen as defending seniors – who vote disproportionately in governors’ races relative to younger people – would be huge for Cuccinelli, plus he’d get the added bonus of being seen as taking on his own party in DC! Yet, for some insane reason, the GOP can not even defend the economic interest of their key voters! This is how the Whigs went from winning the White House to oblivion.

It is trickier for Terry: he really doesn’t want to out there fighting the President, Bill Clinton, and Mark Warner. He might be scared off for the same reason Cuccinelli might be: somehow defending these widows is “liberal,” as opposed to just simple justice when you actually understand the merits of this whole thing. “Chained CPI” is a totally phony issue when it comes to the deficit. Totally.  It is strictly a way to make poor widows and the like, unable to defend themselves, pay a lot of money they can’t really afford. I hate to say it: But it is cruel and unusual punishment.

So let me raise this point. Why is it that Democrats have so much new passion for issues that never bothered them before – and so little for these widows whose husbands fought the wars, manned the factories, bled for the country, the working family base of the party? Dr. King remindedd us that a society is judged by how it treats the weak, not the strong.

These widows can’t give a lot of money to political campaigns and they don’t march in the street, thus they aren’t an organized political force. They also didn’t cause the deficits or the fiscal mismanagement. Politically, however, they are actually a sleeping giant. I became a Democrat in large part to help them.

The President is taking a huge 2013 risk for Virginia here. At 200 proof, we aren’t impressed by qualifiers on things, saying you will only do X if you get Y. A bad idea isn’t somehow better because you package it with a lot of other bad, even good, ones. The Chained CPI issue is a 200-proof loser for whomever is seen as insufficiently opposed to do it. There will not be an easier slam dunk made tonight in the NCAA finals.