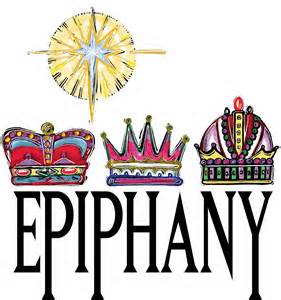 On the twelfth day of Christmas, the Commonwealth of Virginia gave to me …

Campaigns are fought on battlefields defined by demographics, candidates, random events and other factors that may be out of our control. But once the battle has been joined, victory belongs to the side that brings the three M’s: money, messaging, and mobilization.

Anyone who has seen the enthusiasm from volunteers for the Obama campaign, and the turnout response from voters, understands mobilization.

Money, well, that’s something we’re always going to complain about. The Republicans sell themselves out to the highest bidder, and in Richmond, with unlimited contributions, the highest bidder can write some pretty big checks. In 2013, Terry McAuliffe outspent Ken Cuccinelli by a massive, almost two to one margin. Poor Ken was abandoned by the Big Boys, which was a common complaint by his chief strategist Chris LaCivita after the election. If only big business had spent some more money, who knows what the outcome would have been?

Who were the big boys backing McAuliffe? At Bacon’s Rebellion, conservative commentator James Bacon pointed to the “green lobby,” mostly by way of the Virginia League of Conservation Voters and the climate change super-PAC NextGen Climate Action. Labor unions also gave big, which James argues could set up an interesting fight over the big infrastructure projects facing Virginia in the next few years, including the Charlottesville Bypass and the Bi-County Parkway. Terry’s donors also include advocates of developments further north on Route 29 from the Charlottesville Bypass that would slow traffic down even more.

All money comes with strings attached, which gets to messaging. Virginia Democrats had a history of running as more conservative, rural friendly local politicians for a number of years. Mark Warner campaigned as a pro-2nd Amendment friend of hunters and NASCAR fans. Well, those days are over. A lot of things may change in the future, but I don’t think we’ll see the Virginia Democratic Party define itself as the anti-choice, pro-coal party. Not in my lifetime.

With Virginia Democrats struggling to win any competitive legislative seats, is the problem money, messaging, or mobilization?

I submit to you that it’s a lack of all three at the local level.

Barack Obama found the right combination of money, messaging, and mobilization to win Virginia, twice. Mark Warner and Tim Kaine have won not only as Governors, but now as Senators. Terry McAuliffe was able to out-raise, out-message, and out-mobilize Ken Cuccinelli.

What’s missing in Virginia is a set of volunteers and activists who are excited to go out and knock on doors for a local Democratic candidate for the General Assembly not just because they care about the Democratic Party, but they care passionately about the causes their local candidate supports.

And we also need to tap into new donors who don’t just care about paying back favors to well-connected party insiders, or making sure they remain popular among their cocktail hour peers inside the Beltway. Where’s the Virginia version of a grassroots Howard Dean or Barack Obama campaign, drawing not just energy and enthusiasm but also financial support from the people?

Libertarian political scientist Jason Sorens has studied public policy at the state level and also found that Virginia has very conservative policies. No surprise to those of us who follow the happenings in Richmond. But it also has what Sorens calls “authoritarian” policies, based largely on draconian drug crimes, harsh mandatory minimum sentencing requirements, and a generally police friendly criminal justice system. This policy record is despite Sorens’s own estimate that Virginia has a relatively middle of the road electorate. The following graphic from this post tells the whole story:

What reforms at the state level can Virginia Democrats rally around as part of money, messaging, and mobilization?

My diary asking what will be the major issue for Virginia Democrats in 2017 and beyond received few votes. Is there even a consensus among the netroots about the positive vision we have moving forward? Or do we just agree that we don’t want Ken Cuccinelli and his friends running the show?

In the exit polling from 2013, twenty percent said that abortion was the most important issue, and they went heavily for McAuliffe. This was the only issue where McAuliffe won; on both health care and the economy, Cuccinelli won more voters. Not being Ken Cuccinelli may be good enough for our candidate for Governor running in an electorate that actually favored Mitt Romney over Barack Obama just a year before, but it’s not working for our candidates for General Assembly. Few Republican members are as outspoken as Cuccinelli on social issues, and those that are (like Bob Marshall and Kathy Byron) do run behind the top of the ticket. I have heard from several campaigns and activists a common complaint that several top-tier House of Delegate campaigns focused almost exclusively on abortion as the only defining issue of the campaign. Can’t we do better than being the boring, centrist, but pro-choice party?

We need a message that works for a broad range of communities.

We need a message that works in the diverse communities of Prince William, a message that mobilizes voters against Bob Marshall. We need a message that resonates in Newport News in a district with a large group of swing voters and Sarvis supporters. We need to court the Romney-Kaine voters in Virginia Beach and Chesterfield County. We need to compete across a range of very different districts in Northern Virginia, where incomes can vary drastically and so too can the hopes and aspirations of the families. And we can’t forget about places off the beaten pathway, like Danville, the Eastern Shore, or Blacksburg.

I don’t pretend to know what issues would unite such a broad coalition of voters. But I do believe we need to ask voters what they expect from our state government in Richmond.

What do you think?