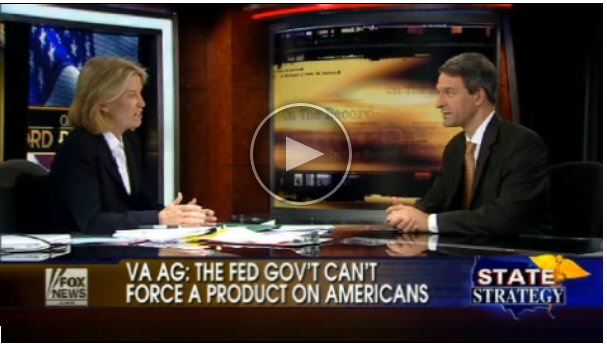 It’s truly astounding how much time and taxpayer money former Virginia Attorney General Ken Cuccinelli wasted during his four years in office. Honestly, can anyone think of a single accomplishment – one that actually benefits Virginia’s environment, economy, people, whatever – Cuccinelli had as AG? Heck, in just 100 days, current AG Mark Herring has already accomplished far, FAR more than Cuccinelli did in his four years in office, arguably in his entire political career.

But Cuccinelli’s record, sadly, is far worse than simply not accomplishing anything. If he were just a “nothingburger” as AG, that would be one thing. But Cuccinelli actually did a great deal of harm, including pursuing an absurd vendetta (which he lost, but not after wasting a lot of time and money and causing a great deal of grief) against a leading climate scientist. What’s astounding is how many frivolous cases Cuccinelli filed, such as his Ahab-like pursuit of “Obamacare,” and how many he lost. If Cuccinelli were a baseball team, he’d be the Astros or the Marlins. If Cuccinelli were a football team, he’s be the…sad to say, Washington ***skins. You get the picture.

Anyway, another day, another big loss for Kookinelli at the Supreme Court. Check it out.

The Supreme Court handed the Obama administration yet another major win for its environmental agenda on Tuesday, upholding an EPA rule aimed at preventing some states from polluting their downwind neighbors with harmful emissions from sources like coal-burning power plants.

As you can see here, Cooch was a signatory to this “Brief for the State and Local Respondents in Opposition,” along with many of his fellow Teapublican AGs (e.g., Pam Bondi of Florida, Luther Strange of Alabama) in the case of the US EPA et al and the American Lung Association v. EME Homer City Generation, L.P., et al. (Note: the Homer City  Generation plant is a 2-gigawatt, coal-burning power station in Indina County, Pennsylvania). In short, Cuccinelli and his fellow fossil fuel tools were arguing for dirty air, for climate catastrophe, for lung cancer and asthma, and for the profits of powerful corporations. The other side was arguing for clean air and against all that other stuff. Of course, Cooch was on the wrong side. And, as usual, he lost. To that, I just wanted to quote the bully Nelson from The Simpsons – HA HA! 🙂