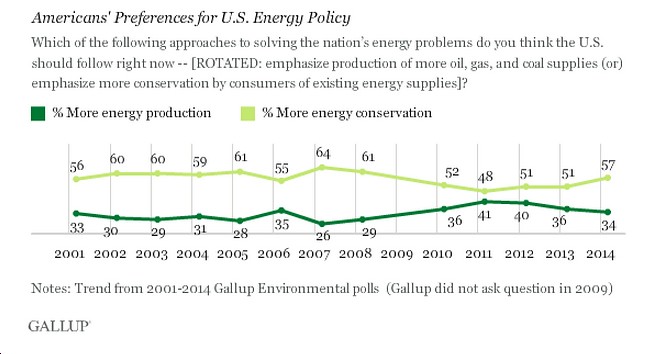 The fossil fuel industry can (and does) spend millions of dollars trying to persuade people that their product’s great, that renewable energy isn’t, and that climate change isn’t real. Unfortunately for the fossil fuel folks, it looks like the American people are a lot smarter than ExxonMobil, the Koch brothers, etc. think they are.

Evidence? How about this newly-released polling by Gallup, which finds the following.

In sum, it appears that the fossil fuel industry is losing its battle for American public opinion. That’s the good news. The bad news, at least so far, is that the strong preference of the American people for clean energy over dirty energy has not resulted in corresponding policy action by Congress. Perhaps the fact that the fossil fuel industry spends huge amounts of money to keep Congress from acting has something to do with that?