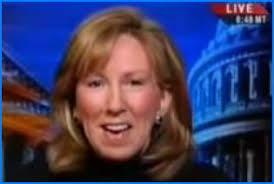 From the Foust for Congress campaign to wingnut extraordinaire Barbara Comstock:

“Barbara Comstock has consistently gone along with the far right-wing of her party – from requiring women to undergo mandatory transvaginal ultrasounds, to slashing education, to voting against the bipartisan plan to reduce traffic in Northern Virginia – but shutting down our government would be a new low and it’s simply unacceptable,” said John Foust. “These political games are exactly what Northern Virginians hate about politicians in Richmond and Washington.  It’s time for Comstock to stop threatening a shutdown and work with both parties to pass a responsible budget.”

The Washington Post wrote that “Comstock is among the most conservative lawmakers in Richmond,” and this is hardly the first time Comstock has put her right-wing, Richmond politics over Northern Virginia’s values:

        Comstock voted against the bipartisan transportation bill that would have especially helped Northern Virginia, rejecting a “feasible solution to rush-hour misery;”

        And Comstock even voted to slash $620 million to support k-12 education, jeopardizing schoolchildren and teachers.

If Comstock does goes through with her government shutdown, the results could be disastrous for Virginia families: taking away paychecks from over 100,000 workers, jeopardizing teachers and police officers, suspending pensions, and imperiling the state’s entire finances.

SEIU Endorses AG Mark Herring for Reelection (“The hard work of our brothers and sisters in labor is the foundation of a strong economy and a prosperous Virginia.”) https://bluevirginia.us/2021/06/seiu-endorses-ag-mark-herring-for-reelection