Part I discussed how hopelessness is a sign of loss of contact with what might be called “the spirit,” because the spirit infuses a sense of possibility. History shows, too, that when the spirit enters in, “the apparently impossible can happen.” 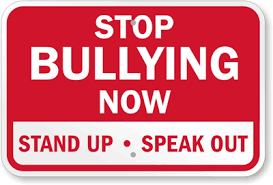 Liberal America’s disconnection from the power of the spiritual dimension is not only manifested in this hopelessness I’ve heard from people. The costs of this condition go a lot deeper. Indeed, it is through Liberal America’s “dispirited” state that this side of America’s political divide has played an important role in letting destructive forces wield so much power in our political system.

The whole of the American body politic is exposed as defective by our current political pathology.

A famous line from the poet Yeats: “The best lack all conviction, while the worst / Are filled with a passionate intensity.”

Here is what I see as the two-part central truth regarding our current national crisis.

On the right, we see a force that is virtually unprecedented in American history in its pervasively destructive and dishonest pattern of conduct:  it insists on making our politics all about conflict and not cooperation; it serves power and wealth without concern for the greater good; it divides groups of Americans against each other; it feeds the worst in its followers – their rage and hatred – and virtually never the best; and it relies on lies and manipulation to exploit those whose trust it has won.

We in Western civilization have traditionally had a name for a force that acts in these ways.

But Liberal America, taken as a whole, has been blind to that dark reality right before our eyes.  Blind because —  in the worldview of a major component of Liberal America – there is no place for a phenomenon like the force – or spirit – that has arisen on the political right.

But the existence of such forces can be shown, and explained in a naturalistic way. It is possible to see how and why it is that vast destructive forces (looking and acting like what has long been called “evil”) are a central part of the dynamic of the system of human civilization struggling through history.

Both sides of that “central truth,” then – right and left, Democrats and Republicans — reveal important errors of an essentially spiritual nature:

On the right, our fellow citizens have made the error of mistaking the evil for the good, while on the left people have made the error of not recognizing that we who are caught up in history are embedded in a human drama in which one of the most important dynamics could be described as “the battle between good and evil.”

Taken together, the two sets of defects add up to an America that is increasingly broken at a spiritual level, polarized into the destructive and the weak — the ugly and the dispirited — in the dynamic of our politics. The current ugliness of our politics is a manifestation of a deeper spiritual sickness pervading today’s American civilization as a whole.

One side is serving the dark spirit. The other side is impotent to rise to the defense of all that’s sacred that’s being destroyed.