I was proud to stand with Senator Adam Ebbin, Delegate Alfonso Lopez, Delegate-elect Rip Sullivan, and other important members of the Northern Virginia community as Governor of Virginia Terry McAuliffe signed SB 503, which I co-patroned, and HB 492 into law. They address the growing problem of notary fraud perpetrated towards members of the Latino community, as well as other minority communities. There are many cases of notaries fraudulently charging thousands of dollars for misleading advice. This legislation prohibits non-attorney notaries from offering legal or immigration advice, as well as imposes civil penalties and possible revocation of notary license for repeat offenders. 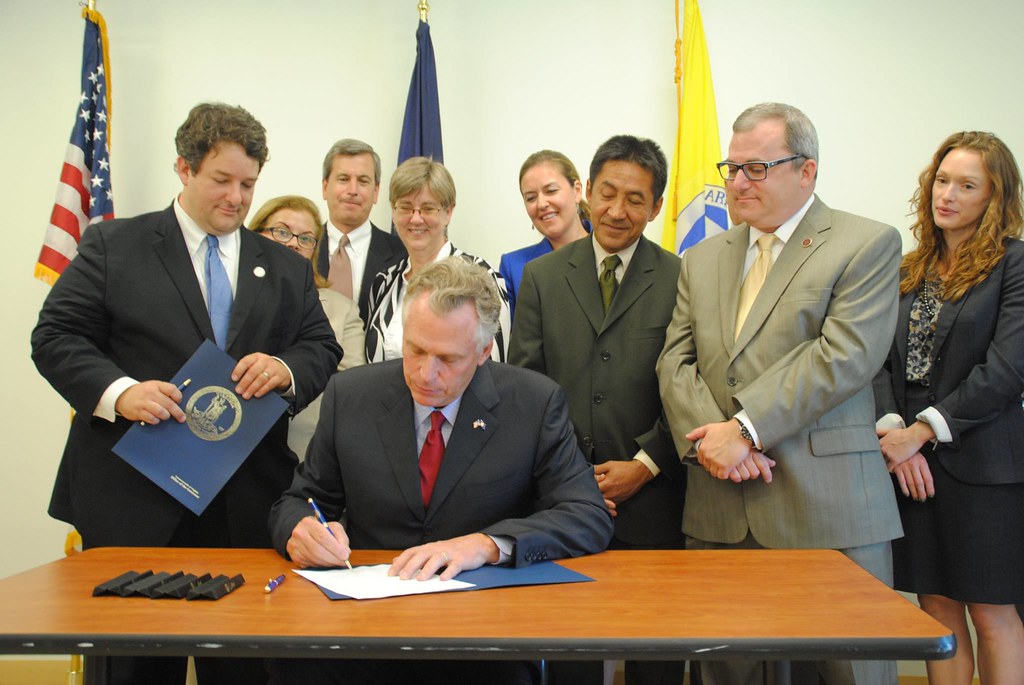 Sens. Warner, Kaine on stopgap funding bill: "Instead of...moving hastily to rush a Supreme Court nomination through...the Senate ought to be focused on the most pressing needs of the American people in the midst of a health and economic crisis." https://bluevirginia.us/2020/09/wednesday-news-thanks-to-trump-an-epic-moment-of-national-shame-trump-tells-white-supremacists-to-stand-back-and-stand-by-trump-described-as-unhinged-unamerican-trumps-te#comment-5092087434