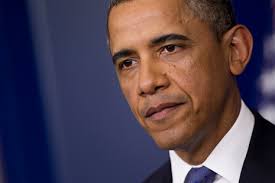 On my piece, Sorry Mr. Krugman: Obama Came to Office Holding a Royal Flush, Then Declared His Hand “Ace High”, I have taken a bit of a beating. Given the “if you can’t stand the heat, get out of the kitchen” principle, I accept that this goes with the territory.

But there’s something about all the objections I don’t get. My critique of Obama rests on a handful of points. Many of the criticisms directed my way seem to me irrelevant to these points, as if they are attacking an argument different from the one I’m making.

For example, some people seem to think I don’t realize just how bad — how determined to thwart Obama — these Republicans have been.

On the contrary, my whole “Press the Battle” campaign is an attempt to convey that what’s animating these Republicans is much worse than too many people in Liberal America recognize. If there is one point I want to convey in my whole enterprise, it is this: “That the Republican Party has become the instrument of a destructive — I would say “evil” — force.

What Obama has been up against is not just an “extreme” party, not just the unscrupulous plutocrats who bankroll their scandalous political strategies, not just some rogues who got elected to office. Obama — and the rest of us — are up against a rather pure case of the kind of thing that creates historical nightmares.

I have no animus against President Obama. His failure to deal effectively with the Republicans is a tragedy of historic proportions, and so in that way I am deeply saddened by this missed opportunity. But I wish him well, I feel some fondness still for the man, I think he has many important virtues.

So it is not because I feel like attacking Obama that I write such a critique as the “Royal Flush” piece. But rather that there’s something really important for all of us to see in his failure. Because if we cannot see what he should and could have done differently, that pretty much means we still do not see what we have to to –we, as Democrats, as people who do not want the Republicans to succeed in turning our country into the ugly thing toward which they are continually striving, and as American patriots — if our country is to be saved.

And what is it that, according to me, we should be doing? “See the evil. Call it out. Press the battle.”

According to me, we would be in much, much better shape now if President Obama had done those three things starting as soon as the Republicans began to make manifest their destructive and dishonest ways of dealing with him and, thereby, treating with contempt the will of the American people and the whole set of democratic ideals that underlie the system our Founders gave us.

So let me pose this question to those who think me wrong in my critique: which of the following points would you disagree with?

1) The Republicans, as an opposition party during the Obama presidency, have behaved disgracefully, unprecedentedly, in profound violation of American political norms.

2) This kind of behavior should be punished, not rewarded.

3) It has not been punished, and indeed in 2010, it was rewarded by voters, many of whom had been successfully conned by an avalanche of lies from the Republicans throughout the preceding two years.

4) That behavior COULD have been punished if it had been called out effectively for what it was, showing the American people how fundamentally unAmerican, how contrary to our political norms, how the opposite of how our Founders intended, how contrary to the public good, how injurious to the nation, how dishonest and destructive, the Republicans’ behavior was.

5) The president of the United States — with his bully pulpit — is in a position to call out the disgraceful behavior, get the public’s attention, expose the Republicans and make them pay a political price for their behavior, and either continue to pay that price or change their ways.

(Quote from my 2009 open letter to Obama in the Baltimore Sun:

Yes, you’ve denied some of their lies, but you’ve not called out the lying. When Sarah Palin and her ilk accuse you of supporting death panels, and you respond by saying, “That’s not true, there are no death panels,” the national conversation centers on the question: “Are there death panels?” But if you say, “It’s unpatriotic for Republicans to degrade our national discourse with fear-mongering lies,” then the media will focus on the question: “Are the Republican peddling lies?” The first question undermines you; the second discredits your opposition.)

It seems to me that only 4 and 5 should be considered anything like “matters of opinion,” the rest being essentially empirical. But if you don’t believe in 4 and 5, it seems that you don’t believe that democracy can work. Because that would pretty much mean that we as a democratic polity are completely at the mercy of liars and cheats.