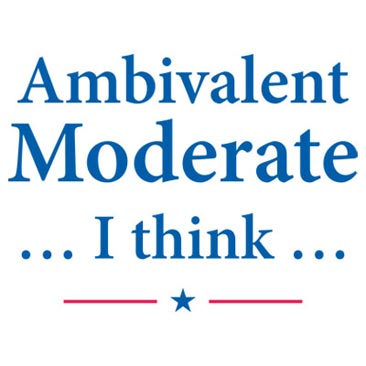 Yes, I realize it is a recurring theme about how the corporate media fails: perpetuating false equivalency, the “both sides” Big Lie, and much much more. This morning, what set me off was this Washington Post article about how a “small band of moderate Democrats could be key to the GOP Senate’s success.” Yep, “moderates” – one of the mindless buzz words the media uses in lieu of words that actually mean something, inform the reader, etc.

In this case, I read the article to try and figure out what exactly makes the “moderate Democrats” (supposedly) “moderate” (whatever that means).

1. They support – or might be open to supporting – the Keystone XL pipeline. In other words, favoring a corporate boondoggle for the oil industry that will end up bringing a whopping 35 permanent jobs to the U.S., while making extraction of filthy, destructive, dangerous Canadian tar sands and their export to China, etc. more profitable for TransCanada and other investors, makes one a “moderate.” As opposed to making one a corrupt, corporate shill (see Senate Keystone “Yea” Votes Took In Six Times More Oil & Gas Money Than Opponents, for instance. But seriously, how is any of this “moderate” ideologically? Corporate welfare to polluters is “moderate?” Trashing the planet is “moderate?” Alrighty then.

2. “Others want Congress to pass tougher sanctions against Iran.” This one at least makes a bit of sense, in that being a foreign policy “hawk” certainly pushes one away from the “left” or the “isolationist” or “libertarian” points of view. Not sure if that makes one a “moderate,” but at least this item isn’t as utterly nonsensical as the “trashing the planet makes one a moderate” argument.

3. Also, “all are open to making changes to Obama’s health-care law.” Isn’t everyone? The question is, WHAT changes? For instance, many people want to go further than Obamacare, for instance by adding a robust public option. Others want to tweak this aspect or that. But almost everyone wants to “make changes” to Obamacare, one way or the other. I’d say that’s totally normal for any big piece of legislation, not necessarily an indication of being a “moderate” per se. Also, I’m not sure what’s “moderate” about, let’s say, Mark Warner’s proposal to add “a new, lower-cost health coverage option for consumers,” to “allow coverage plans to be offered regionally and across state lines,” and to “ease unnecessary and burdensome reporting requirements for employers.” Or how about, as cited in the Post article, the Shaheen/Portman bill for energy efficiency upgrades? Or the Klobuchar/McCain bill, also cited in the Post article, to allow imported presription drugs from Canada? Those seem like things almost anyone could support, from whatever ideological perspective. How about considering that labels like “moderate” might just not make any sense in many (most?) contexts?

The bottom line is that the word “moderate” is thrown around mindlessly (and meaninglessly) by the media, in articles like this one in the Washington Post. The question is why? Do reporters feel they have to use mindless/meaningless weasel words in order to prove that they are “evenhanded” or whatever?  If so, does that work, and what does it accomplish? Personally, I believe that reporters should focus on reporting the facts (including getting them right), with empirically-driven analysis where appropriate (and where the reporter has some “value added” to bring to the table), and let readers draw their own conclusion. Is that really too much to ask? Or do reporters simply prefer the lazy, even cowardly, approach of tossing out meaningless lables, false equivalences, and “both sides” pablum? If so, perhaps it’s time for some new reporters and/or new editors?