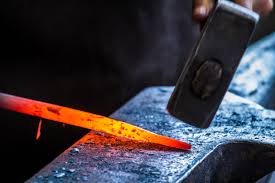 Today’s Republican Party is a disgrace like nothing ever seen before at center stage of American politics.  From 2001 to 2009, it gave us the most lawless presidency in the history of the nation, and then from 2009 till now, it has given us the most obstructionist opposition party the nation has seen. Unprecedented, for a major American political party, in how consistently it is damaging the nation.

For well over a decade, this should have been the main topic of our national conversation.

No, let me correct that: Had the Democrats made it the main topic of our national conversation earlier, the dark force that has taken over the Republican Party would not still need to be brought to the attention of the American people. Calling it out forcefully enough would have either driven out this dark force from the one-time “Grand Old Party,” or have driven that Party into oblivion.

But the Democrats have been weak, and have never pressed the battle. And the combination of Republican destructiveness and Democratic weakness has been a disaster for America.

Today’s rise of Donald Trump gives the Democrats, and Liberal America generally, an unusually good opportunity to launch the long-needed attack on the Republican Party for the morally degraded force that it has become.

That opportunity arises from two factors.

First, Trump has thrown the Republican Party into disarray. Most of the time – largely because of the weakness and passivity of the Democratic Party – the Republicans have been able to control their narrative. But, with Trump lobbing his attention-getting rhetorical bombs and dominating virtually every news cycle, the Republicans are caught up in a story beyond their control. This leaves them weakened, distracted, disjointed — generally less able to fight back in a cohesive way.

So strike while the Donald is hot.

The second factor making this an opportune moment to attack the Republicans is that Donald Trump is holding up a mirror to the Republicans, and the ugliness in that mirror is precisely what Americans need to see and understand. Not Trump’s own ugliness — that of an opportunist who is utterly without scruples — which is of secondary importance, but the ugliness of the Party which has made him its frontrunner. And the ugliness of the dark spirit it has cultivated in millions of its supporters.

Let’s start with the cruelty on display in his demagoguery on the immigration issue, where he miscasts people seeking a better life for their families as violent criminals. We’ve seen this kind of angry, punitive spirit before in today’s Republican Party: e.g. from one audience in the 2012 Republican  presidential debates that erupted into cheers at the mention of all the executions Texas has conducted,  and from another audience when one candidate declared that a man lacking health insurance should be allowed to die rather than be given treatment.

Trump is also demonstrating that the people now aligned with the Republican Party will reward someone who speaks with an utter disregard for the truth. Trump trumpets the fiction that the Mexican government is “sending” these immigrants. He characterizes the Mexicans in our midst as criminals, even though the data show they have a lower rate of crime than our native-born American population. The other day, at the border in Laredo, Texas, Trump showed his absolute casualness about lying, asserting that the crowds that met his arrival there were pro-Trump, while the reporters on the scene had just seen that the reality was just the opposite.

In this Party, with its detachment from reality, Trump is showing that you can pretend to know what you don’t know at all, and rise to be the Republican frontrunner. Here is a man with no foreign policy experience pretending to have a secret plan to defeat ISIS, and making up a story about how he could get the Mexican government to pay for a wall at the border. Such pretension, once a disqualifier in either major party, is rewarded in today’s Republican Party.

Trump is showing that one can be without real principle, saying today for political effect the very opposite of what he used to say. (Immigration is one such issue, but there are so many others .

That all these qualities – cruelty, dishonesty, pretension, and hypocrisy – are rewarded by a major part of today’s Republican Party provides a meaningful insight into the morally broken condition of that Party. Trump’s blatant performance simply unmasks what has animated this Party for years.

Not that Trump’s mirror reveals all that can be shown about the moral atrocity the Republican Party has become. But this Trump phenomenon does present a great opportunity to start showing the still-sane part of America a dramatic picture of what dark forces at work in the Republican Party.

Democrats (and all of Liberal America) should seize the moment and strike while Trump is still the main political story.

But will they? Will we? Democrats have yet to show they have the vision and the strength to press the battle.

When the Democrats gained in power – in the elections of 2006 and 2008 -it was because the many failures of the George W. Bush presidency had become so visible to the American people. Because the Democrats never really called out the Republican darkness, the Republican Party was punished not for its crimes but for its incompetence (botching the war in Iraq, driving the economy over a cliff, etc.).

The Democrats simply reaped the rewards as Americans repudiated the failures of their opponents.

Isn’t it time now that Democrats took the initiative? Isn’t it time to drive the national conversation to focus on the moral darkness that has overtaken a once-respectable party?

See the evil. Call it out. Press the battle. That’s the strategy we need. And it is the strategy I develop in my new book WHAT WE’RE UP AGAINST .

Now is an opportune moment to put that strategy to work. Strike while the Donald is hot!