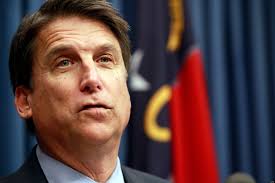 Most Americans support a robust private sector. Yet few would argue that we should profit from imprisoning fellow citizens, for example. The implicit conflict-of-interest works against Constitutionally protected freedoms. I do not know how many would want to profit from medical care for the poor. But I hope we are better than that. Some things should never be privatized. I’ve written in this space before about how far gone is our NC legislature and our governor.  They cannot run the state to save their lives, but would have citizens believe they have “saved’ North Carolina (from what, no one knows).  I’ve also told you how “Governor” Pat McCrory hired as his Secretary of Health and Human Services, a physician whose only qualification was that she’d made a huge donation to said governor. She dutifully ran HHS into the ditch.

The “launch” of the new HHS computer system resulted in so many errors it defied the imagination. The unfortunate souls depending on Medicaid weren’t necessarily the ones who got the paperwork, including their Medicaid cards, in the mail. So many wrong addresses received Medicaid cards you almost had to try to mess up that badly. Yet the vendor was handsomely paid for one of the biggest fails in recent NC history. God save privatization.

Now the GA has decided it wants even more privatization. Indeed, it wants to inject the profit motive into Medicaid services. So having cut Medicaid, cut unemployment insurance by a third, and refused to expand Medicaid, the GA  has been discussing one of the worst ideas ever: Allowing profiting from health services for the poorest among us. That’s essentially another cut because the monies allocated won’t be providing health care, but rather lining white-collar pockets. This is the worst-of-the-worst of Republican bad ideas.

Meanwhile, and importantly, the case for privatization fails utterly, the evidence shows every argument for doing so falls by the wayside.

Health care is a human right. So I have to ask: Does the NC GOP have any conscience (at all?)  Watch for this to spread to an ALEC subsidized GA near you. Profiteering like this is everybody’s business. Please choose your legislators well, Virginia.