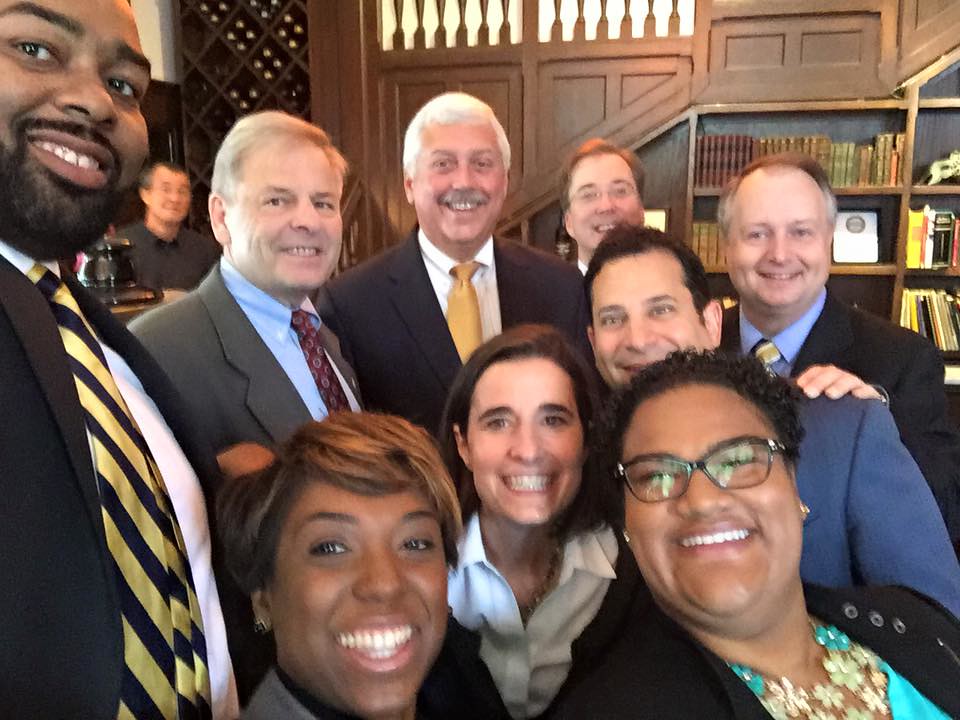 The following email, from Virginia House Democratic Leader David Toscano, was sent to all members (and members-elect) of the House Democratic caucus late last night. At the moment, I don’t have any further details, other than what’s stated in the email. Personally, I have been impressed with Del. Toscano’s leadership on the floor of the House of Delegates, as well as his many contributions – financial and otherwise – to help elect Democrats to ths House. He’s also been a relentless champion for progressive values and for the environment.


Having said all that, I can’t blame anyone for not having the energy/enthusiasm for doing this often thankless work anymore. I just wish that Senate Democratic Leader Dick Saslaw, who is 10 years older than David Toscano and a pale shadow of Toscano at his job, would finally decide to “spend more time with his family” as well. Sadly, I have a feeling that guy isn’t going anywhere, as badly as a change in “leadership” (using the word loosely) is needed on that side of the General Assembly. Sigh. Anyway, we’ll see who steps up to run for House Democratic Leader, but no doubt, David Toscano’s shoes will be big ones to fill. (P.S. Photo by Delegate-elect Lashrecse Aird, who writes that this is “the first selfie of the House of Delegates Democratic freshman class, our first time together with Del. David J. Toscano! — with Lamont Bagby, David J. Toscano, Jennifer Barton Boysko, Paul Krizek for Virginia, Mark Levine for Virginia Delegate and Marcia Price at The Old City Bar & White House Catering.”)


UPDATE: Names I’m hearing bandied about to replace Toscano are Delegates Mark Sickles (who I just heard is running), Eileen Filler-Corn (although I heard from one source that she’s not interested), Charniele Herring, Rip Sullivan, and Alfonso Lopez. I also hear the vote will be tomorrow, so this is moving quickly!

I write to inform you that I will resign my position as Democratic Leader at such time as a successor has been elected by the caucus. It has been an honor to
serve as Leader and to argue for our Democratic values, both during session and throughout the campaigns. But I no longer have the time and energy to commit to the job in a way necessary to perform it. My family and my work have often been forced to take a back seat over the last four years, and I want to spend more time with Nancy and Matthew, the loves of my life.

During my stint as Leader, I have met many committed individuals and groups who are fighting for our Commonwealth with their time, talent, and funds. I fully expect them to remain engaged in the process and I have every confidence that the person who succeeds me will continue to work with them and others toward building a Democratic majority in the House. In conclusion, I appreciate the opportunity you have given me to serve and look forward to working with new leadership to accomplish our goals.