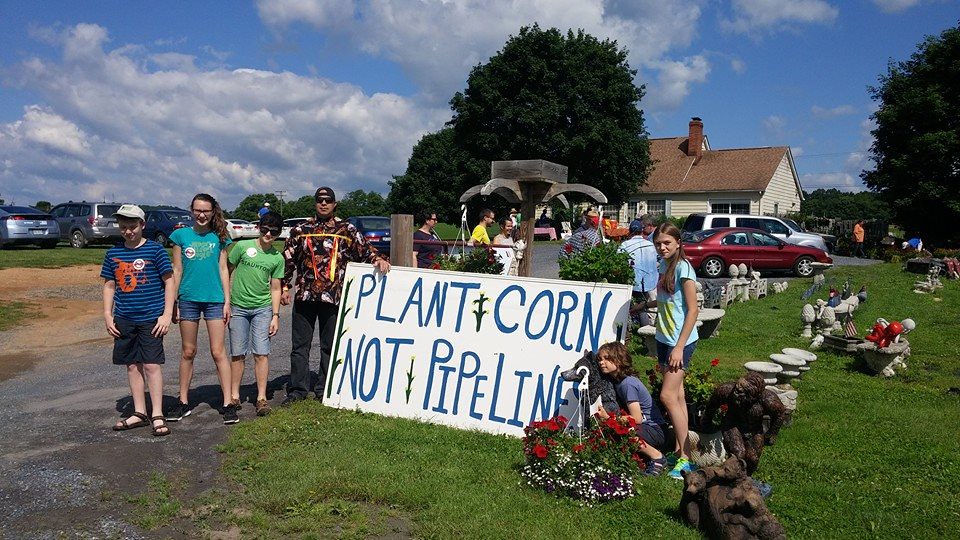 The Seeds of Resistance tour kicked off today in Augusta County, Virginia, in which corn seeds (“seeds of resistance”) were planted “on land that lies in the paths of the Atlantic Coast and Mountain Valley fracked gas pipelines.” According to the Bold Nebraska website:

The first “Seeds of Resistance” were planted in 2014 by the Cowboy & Indian Alliance, when sacred Ponca corn was returned to the tribe’s ancestral homeland in Nebraska for the first time in 137 years — since the tribe was forcibly removed from Nebraska.

The corn was planted on land that lies both in the path of the Keystone XL pipeline, and on the historic Ponca Trail of Tears.

The 3.5 acres of sacred Ponca corn planted in Neligh was certified by the USDA, and with the land now protected from Keystone XL, the corn planting and harvests continue to help propagate more Seeds of Resistance.

Since their first planting in Nebraska as a strategy of blocking the Keystone XL pipeline and building a Cowboy and Indian Alliance, Seeds of Resistance have since spread across the world, to to Ecuador, Minnesota, Wisconsin and other communities standing up to Big Corporations. 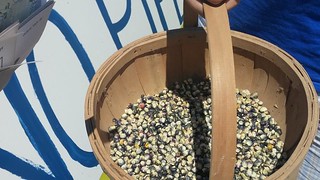 The tour continues Tuesday in Boones Mill and Lafayette, Virginia, before moving to West Virginia – source of the dirty, fracked gas for these pipelines – on Wednesday. If you want to donate to help spread “seeds of resistance” far and wide, click here. And check out the WHSV news story about Monday’s seed planting in Augusta County. Now, if we could only get some leadership from our governor…you know, the one elected in large part thanks to support by environmentalists?