Perusing Rep. Barbara “GOP Attack Dog” Comstock’s Facebook page, you can see what she’s been up to recently. Needless to say, it has NOT been rolling up her sleeves and doing the JOB she was elected to do in Congress. I mean, does the House of Representatives controlled by Comstock’s extreme – and extremely incompetent – party ever do anything? Fund the government? Pass Zika funding? Do something about climate change or our nation’s crumbling infrastructure? You name the subject, they don’t do it. But it’s nice to see that Barbara Comstock has plenty of time on her hands to hang out with the likes of the following right wingers.

First, here’s Comstock with Trump endorser and former Cruz “running mate” Carly Fiorina, whose greatest hits (so to speak) include: Carly Fiorina’s outrageously sexist attack on Hillary Clinton is the worst yet (Fiorina: “Unlike another woman in this race, I actually love spending time with my husband.”); Carly Fiorina and GOP frozen in denial over hoax video indictments: “Planned Parenthood has been trafficking in body parts” (Fiorina “has staked her campaign on the lie she told a September debate audience: The videos showed ‘a fully formed fetus on the table its heart beating its legs kicking while someone says we have to keep it alive to harvest its brain.'”); The Five Biggest Lies Carly Fiorina Told In Her Presidential Campaign, Lying Liar Carly Fiorina Lied Many Lies At The Debate, And That’s No Lie, and of course “Demon Sheep.” There’s much, much more from this nasty, pathological liar, but for now that will suffice to show you the type of person Barbara Comstock likes to hang out with.

What else is there to say about arguably the Worst President in American History (George W. Bush, infamous for the Iraq disaster, the Hurricane Katrina disaster, turning Bill Clinton’s surpluses into the massive deficits inherited by Barack Obama when he took office during the Great Recession that kicked off under Bush/Cheney)? Just recall that Comstock helped elect Bush in the first place, that Comstock “is credited with writing the Republican ‘playbook’ defending Bush nominees such as John Ashcroft for U.S. Attorney General,” and that Comstock “later served as director of public affairs for the Justice Department from 2002 to 2003.” Also recall that Comstock was a big defender of top Bush administration official Scooter Libby, who “was indicted by a federal grand jury concerning the investigation of the leak of the covert identity of Central Intelligence Agency officer Valerie Plame Wilson.” Well, at least Comstock and Bush are all smiles now – gack! 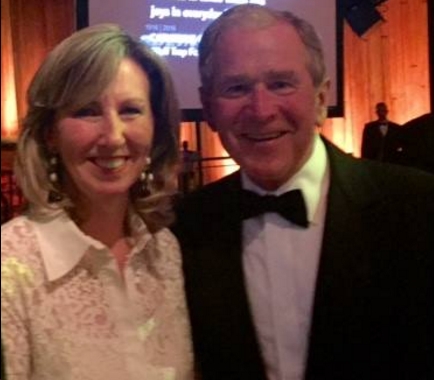 Finally, here’s Comstock with Trump endorser, lobbyist and former Bush counselor Ed Gillespie. And on Comstock’s other side is Virginia Del. Dave Albo (Right-Wing “R” and DUI defense lawyer), whose exploits include Albo Says Wife Spurned Sex After Hearing GOP’s Transvaginal Ultrasound Plan and who vehemently opposes a (badly-needed) dedicated funding source for Metro (note that Comstock herself doesn’t exactly have a good record on transportation, public or otherwise). 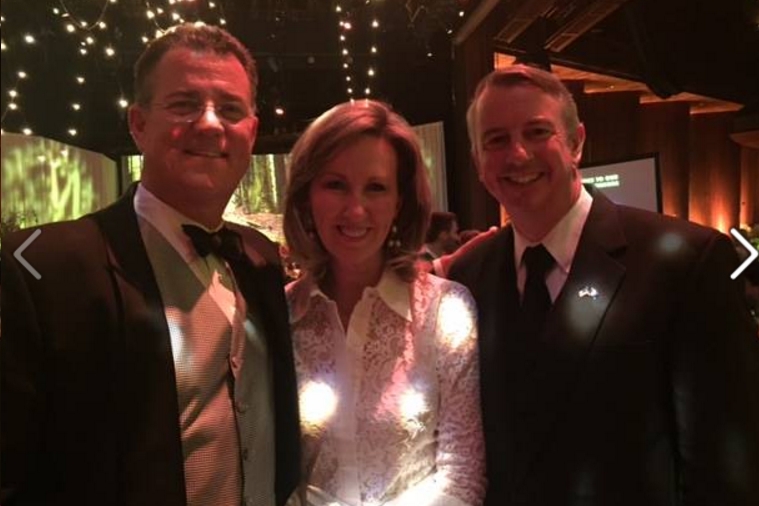 Seriously, w/political "journalism" like this trash, why even have political "journalism?" God. Awful. As for the question, "Is Glenn of presidential timber?", the obvious answer is "HELL NO!" Also gotta love the quote by extremist Newt Gingrich. Abysmal. https://bluevirginia.us/2022/09/tuesday-news-putins-debacle-is-breaking-his-country-and-he-might-pay-the-price-hurricane-ians-forecast-shows-the-impact-of-a-changed-climate-manchin-faces-make-or-bre#comment-5997821965