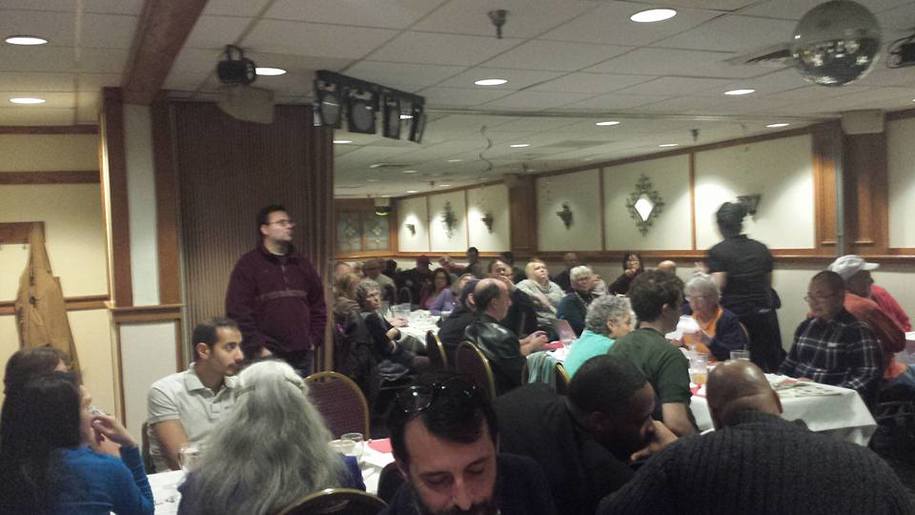 It has often been said that the true character of a person or group is revealed when they are tested. The 2016 election cycle — both the primaries and the general — has tested us all in one way or another, particularly those of us who are politically active. The nature of this year’s race has revealed much about the issues we as Americans still must work out on the path to a more perfect union, and it has also solidified the differences within each of the major political parties.

For better or worse, we are at a pivotal moment in our nation’s history, and our political mettle is on the line.

In many ways, the progressive movement has been both galvanized and suppressed this election cycle from several directions. Despite that, the populist message intoned by those on the Left and Right continue to resound strongly; this past Sunday proved that at least in terms of the Left.

Over 80 progressives met in a restaurant in Vienna, Virginia this past Sunday to attend the last monthly meeting of the year for the progressive grassroots organization known as Our Revolution — Northern Virginia. As the name might suggest, the group has its roots as Northern Virginia for Bernie Sanders, which was dedicated to spreading the Vermont Senator’s vision of a more progressive, energized, and engaged electorate.  The group has remained active even after the primaries came to a close, and continues to garner ever-growing membership as time goes on.

This month’s meeting marked a moment of reflection and solidarity for Our Revolution — Northern Virginia. Several of those who attended the meeting were given a chance to speak on their frustrations and worries regarding the results of the 2016 General Election.

The intent of the group was far more than looking at what went on, however; it also served as a pivot point to then look ahead toward 2017. Each table split into smaller discussion groups to begin brainstorming what could and should be done to resist the various regressive and divisive rhetoric taken this year as well as to form a positive, progressive strategy moving forward. Numerous proposals were pitched to the entire group, and they largely centered around engagement on all levels of the political process, forging an inclusive relationship with allies and diverse members, participation in resisting the incoming administration, and reaching out to those who voted Republican this year.

Candidates from the Prince William Progress Coalition — a progressive slate of candidates running for various House of Delegate seats in Prince William County next year — had the opportunity to address the group as well, and signal that we stand with the progressive movement as the first electoral answer to what occurred this year. We also highlighted the fact that we are running as Democrats and as such will be pulling together a broad coalition of the left in order to fight for progress; we will also serve as a legislative firewall between the new federal government and our fellow Virginians.

Tom Brock, the founder of Progressive House Virginia, also had the opportunity to speak to the group as both candidate and leader of his organization. Progressive House Virginia is dedicated to recruiting, training and providing resources for progressive candidates to run in the House of Delegates next year and beyond. He spoke to the group about his organization’s creed, and also spoke to the strides they’ve made thus far.

Overall, the meeting served to inform, energize, and build the foundation for 2017 and beyond. If we are able to continue harnessing the feelings and drive of progressive groups such as Our Revolution — Northern Virginia, and build upon the progress they’ve already made, we will send a strong message to Richmond and the nation next year.

You can find more information on the candidates and organizations mentioned in this post here: