There were two godawful bills introduced today in the Virginia General Assembly. Not surprisingly, both came from right-wing Republican members: 1) from Del. Mark Cole, requiring “proof of citizenship” to vote in state and local elections (why???); 2) cracking down on that scourge of transgender kids heeding the call of nature (that one comes from our old pal “Sideshow Bob” Marshall, who also has legislation to declare pornography a “public health hazard.” Check them out below. Also, make sure we do NOT allow Republicans to win the Governor’s mansion in 2017; for now, we have Gov. McAuliffe to veto crap like this, but if we have Gov. Gillespie or Gov. Stewart or whatever, watch out. 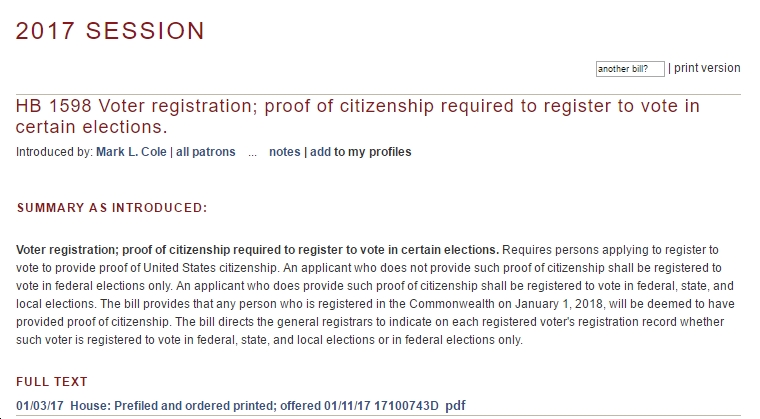 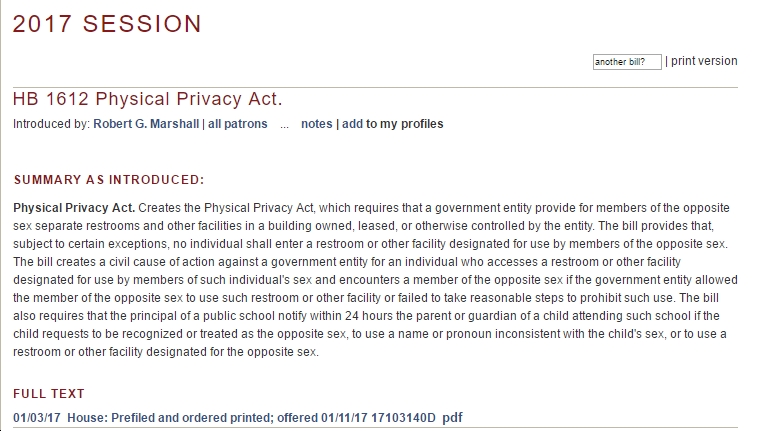