A friend of mine once told me that when you lose someone you love or give up something that you love doing, nothing replaces it; it’s what he described as a “God-sized hole” nestled in your heart.

There will always be an emptiness, the constant sorrow mourned subconsciously on good days, in full view on the not-so-good days, when you try to power through it but nevertheless, your palm will rest on the side of your cheek, your index finger will arch over the inner portion of your corresponding brow, your chin will tilt toward your chest…

And you will grieve.

A few weeks ago, I talked to a gold star dad in Manassas, 11 years and counting since an IED stole his son from him in Iraq.

He’s hanging in there.

He only cries about once a week… he said as tears welled at the rims of his eyes.

And then there is Blacksburg, where burnt orange and maroon are the joint colors of pride and solace.

It’s a place where Sharkey’s has the best slab of ribs in town, where you jump, stomp and scream in unison with 66,232 other Hokies as Enter Sandman blares through the PA of Lane Stadium, fireworks burst and “Let’s go, Ho-kies!” serves as a much of a battle-cry within the stands as it is a hello for the young men in helmets and pads hustling out on to the field…

…where top-notch athletes from Stonewall Jackson High School in Manassas become the commonwealth’s pride and joy on that same grass and where innovation is education for our engineers-in-the-making at Virginia Tech….

…and where a black or orange or maroon ribbon pinned to someone’s shirt outside of Norris Hall is a constant reminder of the memories 32 students and faculty left behind, cherished every year in a halo of candle-lit vigils near the flat white tops and curved black brims of every cadet’s hat glowing by flame.

And for those who were there…

For those who have struggled through waves of isolating PTSD, nightmares manifested in a cold midnight sweat, the embrace of one parent to another parent who outlived their child, and the son and daughter who mourn the ones who brought them life…

For those professors who have endured, for the commitment to their students is the only thing more powerful than the grief that lingers for those they can never teach again…

And for the incoming classes of students about to don their gowns and mortarboards at high schools across Virginia and, indeed, America, who know of the God-sized hole in Virginia Tech’s past and still choose to come because the joy of Blacksburg is still unlike any other…

Today is their day,

In which together they pray. 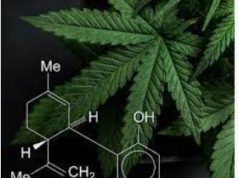