By Frank Anderson and Lowell Feld

Last night, the Republican Party of Virginia held an (unethical) event with Press Secretary Sean Spicer at the Trump National Golf Club in Sterling, VA. A Trump/Spicey supporter posted the following video online. See below for a few “highlights.” According to the right-wing Washington Examiner, there were only 75 people there last night – SAD!!! (in contrast, the Fairfax Dems’ Jefferson-Obama Dinner costs about the same as the Trump Golf Club event, but has 400 people scheduled to attend tomorrow night!)

By the way, where was Rep. Barbara Comstock (R-VA10) last night? Oh, there she was! LOL 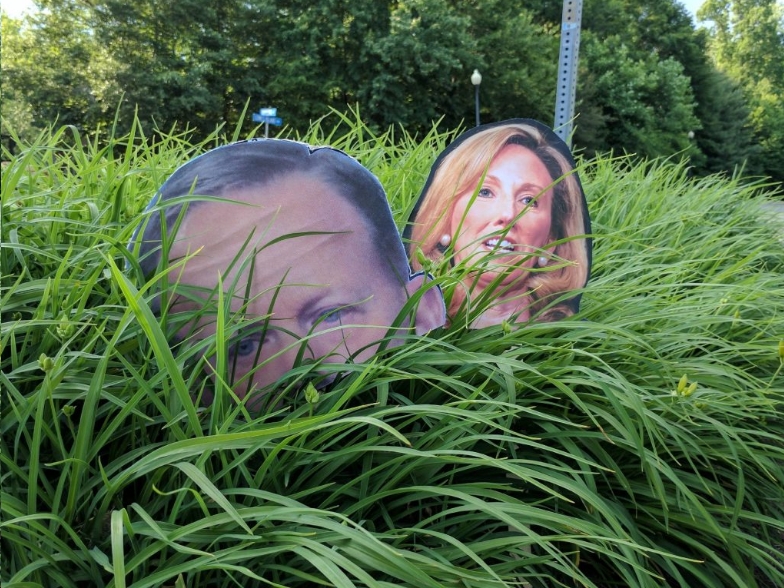 And great work by the “Dump Comstock” folks as always! 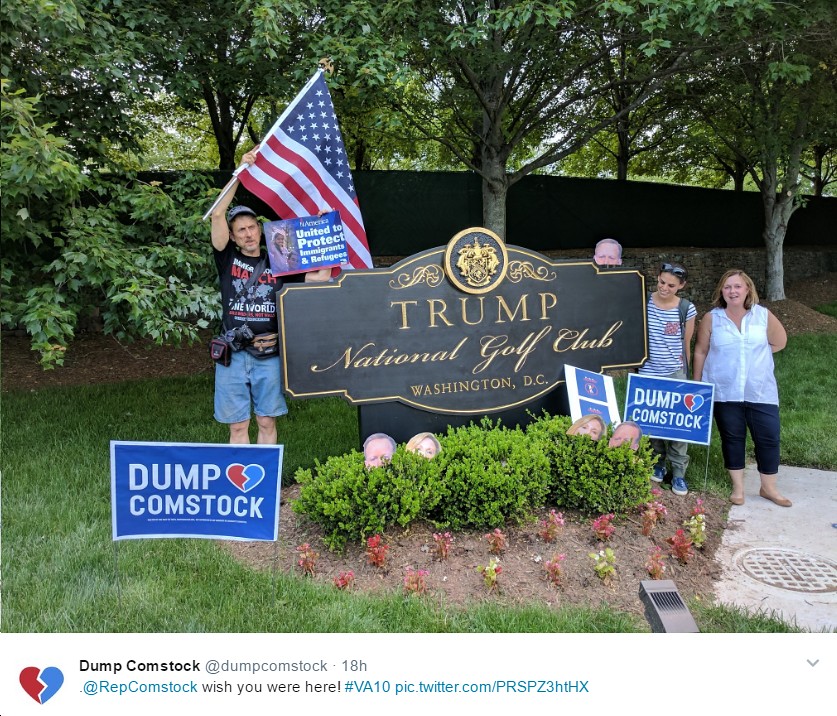