Sadly, the only thing surprising about this is the fact that the Virginia GOP’s “disgusting,” “reprehensible” “bigotry” is actually being called out, for a change, by a leading Virginia grassroots conservative voice – the Bearing Drift blog. Here are a few “highlights” from their article, “Bigotry on State Central.”

One of the 11th CD representatives on the VA GOP State Central Committee, Fredy Burgos — “who last year was universally condemned after calling Muslims a ‘death cult organized by Satan’” — recently “launched a whites-first rant on Facebook, announcing that Republican leaders are pushing for a “Cultural Cleansing of Virginia and the United States,” and that the “idea that white people, instead of birthing white babies, should interracial marry or adopt non-white children” is a “cancer”, and “must be cut out.”” 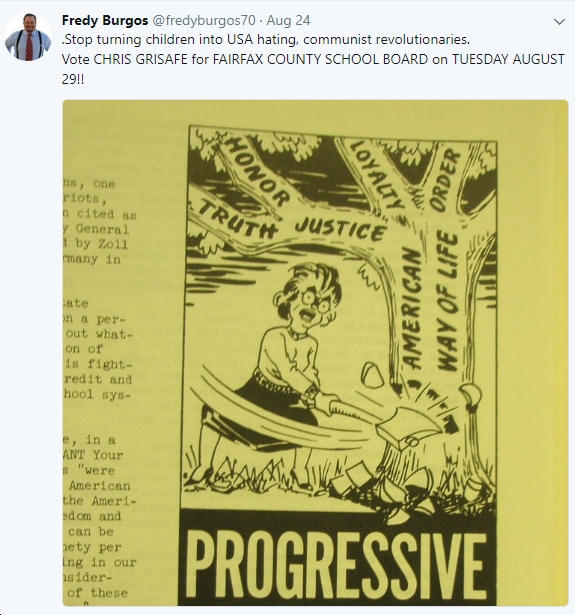 So yeah, that’s what we’re dealing with when it comes to the Republican Party of Virginia, the same party that nominated Ed Gillespie, Jill Vogel and John Adams for governor, Lt. Governor and Attorney General this year. And now, you don’t have to believe me, you can read it on Virginia’s leading conservative blog, where in the comments section, the VA GOP’s former Executive Director notes: “Everyone knows this is a problem. Everyone knows Fredy isn’t the only one…why is everyone afraid to talk about it?” Great question! 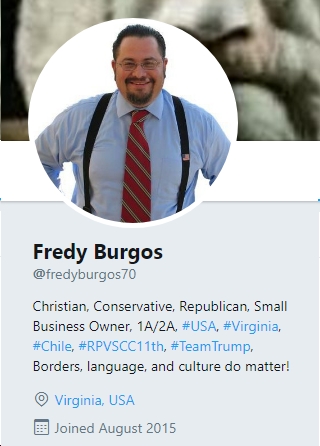