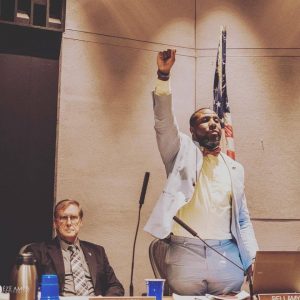 The following (see below) is intense…also very interesting IMHO. Whatever your views on this exchange might be, I think we can all agree that the situation in Charlottesville is not likely to revert soon – ever? – to what it was before the white supremacists came to town. The question is whether any good can come from all this. With that, here’s the exchange between Charlottesville radio host/journalist Coy Barefoot (Executive Producer/Editor at The Center for Media and Citizenship) and Cville City Council member Wes Bellamy. – Lowell

Charlottesville Vice Mayor and City Councilor Wes Bellamy posted the following statement and this photo (from the Council meeting Tuesday evening) to his Facebook page this morning. I will post a link to the video of that meeting in the comments below. Wes’ statement that “It’s OUR turn now. I’m tired of compromising” was clear at the meeting when heopenly dismissed citizens during public input who do not fully agree with his view. Fellow Councilor Kristin Szakos, who was chairing the meeting, had to remind him that “we are here to hear all voices.” One gets the sense that reminder fell on deaf ears. One should note that under this current Council our public meetings of city government have become populist rallies, sometimes filled with anger and dripping with (in my opinion) unnecessary vulgarity, rallies that favor only one particular viewpoint and clearly dismiss others (sometimes aggressively). All this has intensified since August 12. I have closely watched and reported on Charlottesville City Council meetings for nearly three decades and have never seen anything quite like this. Count me among those who is beyond disappointed in what we’re seeing. This is no one person’s fault, nor a particular party’s. The entire community of Charlottesville— all of us, we neighbors— bear the responsibility for ensuring that we have the leadership and the government we believe this little city deserves.

“I’ve decided to stand with the people. To stand in solidarity with the marginalized, oppressed, and the ones who don’t always “follow protocol”, or say the right words, or have proper subject-verb agreement, or can’t afford the nice suits, multiple accolades, big platforms, fancy clothes, nice cars, or any of the items that some use to elevate one person over the next.

“I’ve decided to not play this game. I can no longer be one who “plays the game”…Right is right, and wrong is wrong. I may never win another election, but I’ll have my integrity. I may not be invited to certain events but my soul and my heart won’t be compromised. I will no longer accept things as they once were. No longer will the people accept the old and traditional way of doing things. It’s OUR turn now. I’m tired of “compromising”, I’m tired of “meeting in the middle”, and I’m tired of other people who know very little about us trying to tell us how we should be or act or conduct ourselves.

Coy Steven Barefoot “No longer will the people accept the old and traditional way of doing things.”

Does this mean that only those with whom the government official agrees are allowed or welcome to speak at City Council meetings? Does this mean that words like f— you and motherf—er and sh—t are now acceptable at our public and broadcast City Council meetings because discouraging otherwise would be discriminatory against the oppressed or those who don’t “say the right words.”

Wes Bellamy Coy Steven Barefoot I have respect for you. We’ve worked together, talked at length, done things together, etc..but you’re wrong. This isn’t about someone not agreeing with me. To be honest, your post is another example of what I’m talking about. People are more focused on decorum than understanding why people are so upset and emotional about what’s going on. African Americans and people of color in this community and this country ARE ALWAYS TOLD to compromise. Very rarely are our feelings, thoughts, ideas, or emotions validated. We are always told to be patient, act with what others call civility, told to be Meek and humble. What’s even more disappointing is that the very people who profess to understand us, understand the movement for equity, say that they want us to be treated equally, reinforce the same signs and oppression that our oppressors have often used. You believe that the council meetings have become “Out of hand” or unruly? You think that people should be calm, and express themselves with respect? Should conduct themselves appropriately, right?

Riddle me this, where has that got us? What have marginalized and oppressed people in this community received by doing things the “traditional” way? If you’re not upset about how people are being treated, then are you a part of the solution or part of the problem? You call yourself a man of the people but can’t see WHY people are so upset? Is it clear that this isn’t about the A12 rally, it’s not about July 8, it’s not about the statues? It’s about years, decades, and generations of inequity and people are tired of being told to compromise, be quiet, be nice, or some other form of communication that stifles our voice.

One thing for sure though…the PEOPLE are coming together. We are growing strong. Our voices are being heard. That’s a tough pill to swallow for some people who just want their “old Charlottesville” back. The one that treated certain people like second class citizens. The one that pretended we were perfect. The one that was more concerned with how we looked than how actual people were being treated. Those days are gone. To be honest, I’m not here to play this game. I’m here to stand up for the people who don’t get to be heard. I’m here for those who stand WITH us, not make excuses about why they can’t. Who talk behind our backs about how we “should act”, and not the people who think that just because I’m an elected official I should allow an entire group of people who’ve been disrespected for generations continue to be called names, told to compromise, and told that what they feel is invalid.

I’m not interested in playing politics. I’m interested in helping people. People on this thread will continue to call me every kind of name that they can think of. They’ll say worse about me and those who speak up in their living rooms or silos. They’ll say that I’m out of control. All of that is ok. I wish those same people would join us in the neighborhoods to bring about equity. I wish they would tutor a kid. I wish they would mentor someone in need. I wish they would use their resources to help educate, empower, or encourage. I wish they would do more than talk. The thing is, myself and others are doing just that. We could use a hand in real life…not just on the keyboard. #PowerToThePeople #NewCville 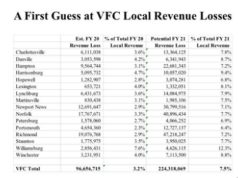 Cville City Council Member Analysis: “Estimates are all over the map about how much the COVID19 shutdown will cost [Virginia] local governments” 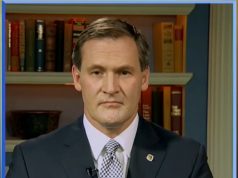 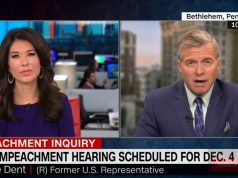 Saturday News: If Republicans Are Really “Disgusted and Exhausted” by Trump, They Need to DO Something About It; “House Democrats have passed nearly 400...