Don’t worry though — we’ll be back next Friday with profiles of the Democratic Delegates who are facing Republican threats in November, and then more weekly updates as we approach Election Day.

Now back to our regularly scheduled program… 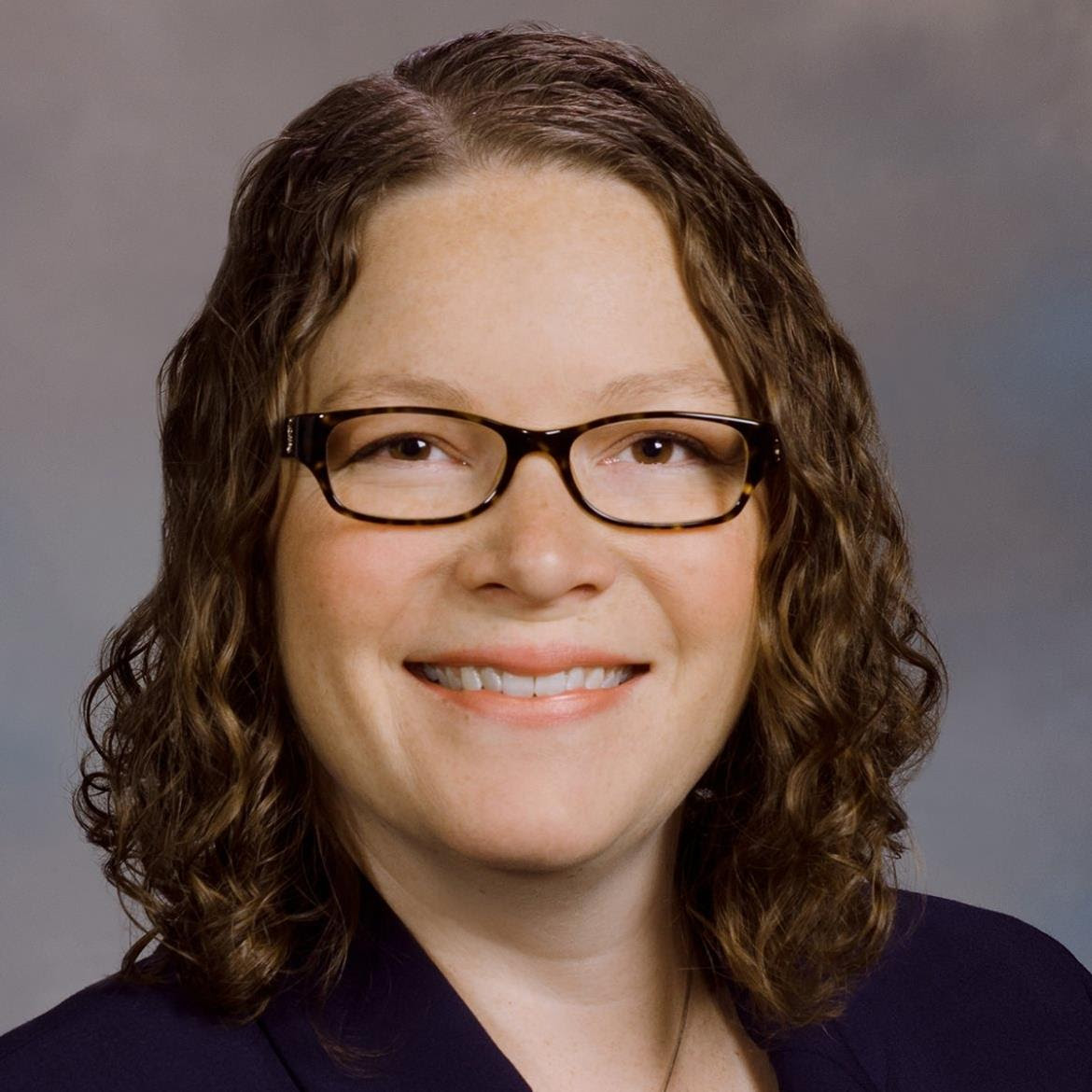 Morgan Goodman is a lifelong Virginian who lives with her husband Mike and two young children in Mechanicsville. She serves on the PTA Board and is Co-Leader of her daughter’s Brownie Troop.

“Voters in the 55th District are hungry for real representation,” says Morgan. “They see Buddy Fowler as someone who is primarily beholden to corporate and party interests. They see him as more interested in making a point than making a difference. They need – and deserve – to be the priority instead of the Republican Party. I listen at the doors I knock on – the District’s residents are my priority.”

Just north of Richmond and south of Fredericksburg, the 55th District encompasses parts of Hanover, Caroline, and Spotsylvania Counties. It is currently represented by Buddy Fowler (R). Click here for more district details.

Just one example of why Buddy needs to go:

As a member of the House Privileges and Elections Committee, Buddy has a consistent record of voting for bills seemingly aimed at voter suppression (ExhibitsA, B, and C). What stands out, however, is that Buddy introduced one of most baffling voter ID bills to come before the House of Delegates this year.

Buddy’s bill would have required voters submitting an absentee ballot application by mail or by fax to also include a photocopy of one of the forms of ID acceptable under current law. This bill makes no logical sense. Even if one accepts the debunked presumption that voter fraud is a widespread threat, the bill “provides no means of verifying the identity of the individual depicted in the submitted photograph,” noted Governor McAuliffe in his veto statement. 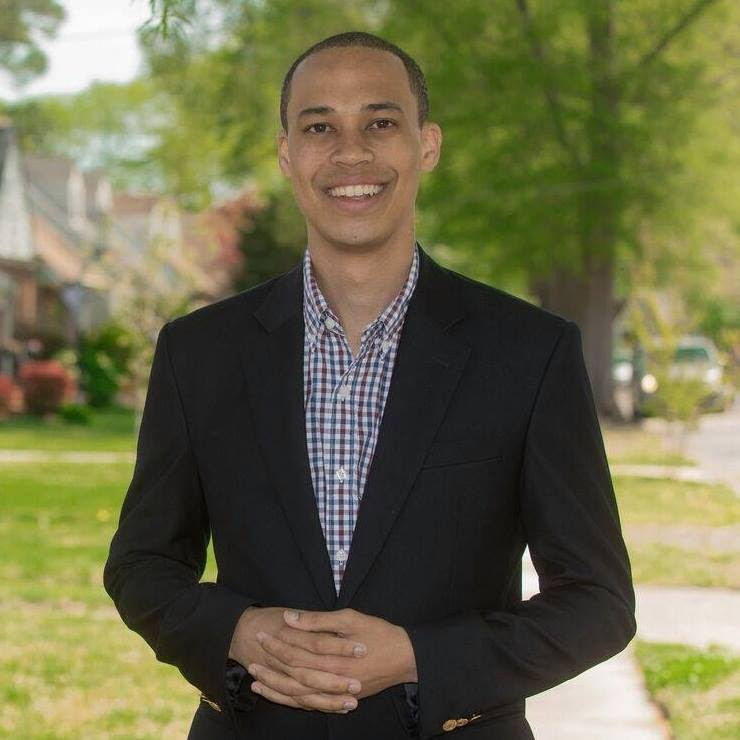 Jerrauld “Jay” Jones is the Democratic nominee in the House of Delegates’ 89th District. Guided by his family’s example and legacy, Jay strives to make a positive impact in his community each and every day. He has served as a mentor with the Big Brothers Big Sisters organization and a tutor and mentor to local schoolchildren. Jay has significant experience with the Virginia legislature, having served as a page in the Virginia House of Delegates during the 2003 General Assembly session and as a legislative intern to Delegates Paula Miller and Algie Howell.

Jay completed his undergraduate studies at the College of William and Mary, where he was a double major in Government and History. He went on to obtain his law degree from the University of Virginia. Upon graduating, Jay began practicing law in Norfolk, where he is currently a partner with Bischoff Martingayle P.C. Prior to attending law school, Jay was an associate with Goldman Sachs, focusing on risk management and rating advisory.

Secretary Hillary Clinton won this district by an overwhelming 78 percent of the vote. The 89th District is located entirely within Norfolk City, and is currently represented by retiring Delegate Daun Hester (D). Click here for more district details.

Just one example of why we cannot let Terry win:

Jay is running against Libertarian candidate Terry Hurst. Terry freely admits that flooding and sea level rise are “recurring and increased,” but like many (especially Republicans) before him, he refuses to say why the changes are occurring. Even in his long blog post on flood mitigation, there’s not one mention of climate change or global warming. According to Terry, there’s apparently no point in “arguing the cause” of catastrophic weather events.

Recognizing that climate change is the cause of rising sea levels and changing weather patterns should not be up for debate. For Terry to assert that discussing the cause of massive flooding and rising sea levels in his community is a waste of time makes him part of the problem. After all, how can you truly fix a problem if you refuse to admit the cause? 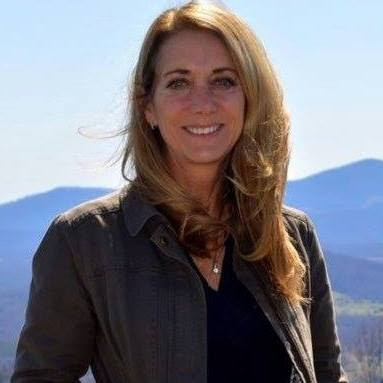 Angela has been dedicated to strengthening her community and improving the lives of those in need for years. After Hurricane Katrina, Angela joined FEMA as a Command and Recovery Specialist. She was deployed to disaster areas across the country where she worked to help families and communities rebuild. She has also served on disaster preparedness teams for local American Red Cross agencies.

Active in her community, Angela has taught in the Albemarle County school system, volunteered as a PTA president and Council Member, and directed several community boards. Angela currently serves on the Albemarle County Department of Social Services Advisory Board, the Agricultural and Forestal District Advisory Board, and the Public Recreational Facilities Authority. Angela also previously served on the Board of One Virginia 2021, trying to end gerrymandering and establish an independent redistricting commission.

The 25th District comprises sections of Augusta, Albemarle, and Rockingham Counties. It includes parts of the George Washington and Jefferson National Forest and the southern piece of Shenandoah National Park. The district is currently represented by Steve Landes (R). Click here for more district details.

Just one example of why Steve needs to go:

As Chairman of the House Education Committee, Steve has significant power over which education-related bills come before the full House of Delegates for a vote. Unfortunately, he has used this position to promote bills that would seriously threaten funding for Virginia’s public school system. This session, he backed highly partisan measures that would have:

It’s no wonder Steve received a failing grade from the Virginia Education Association this year. 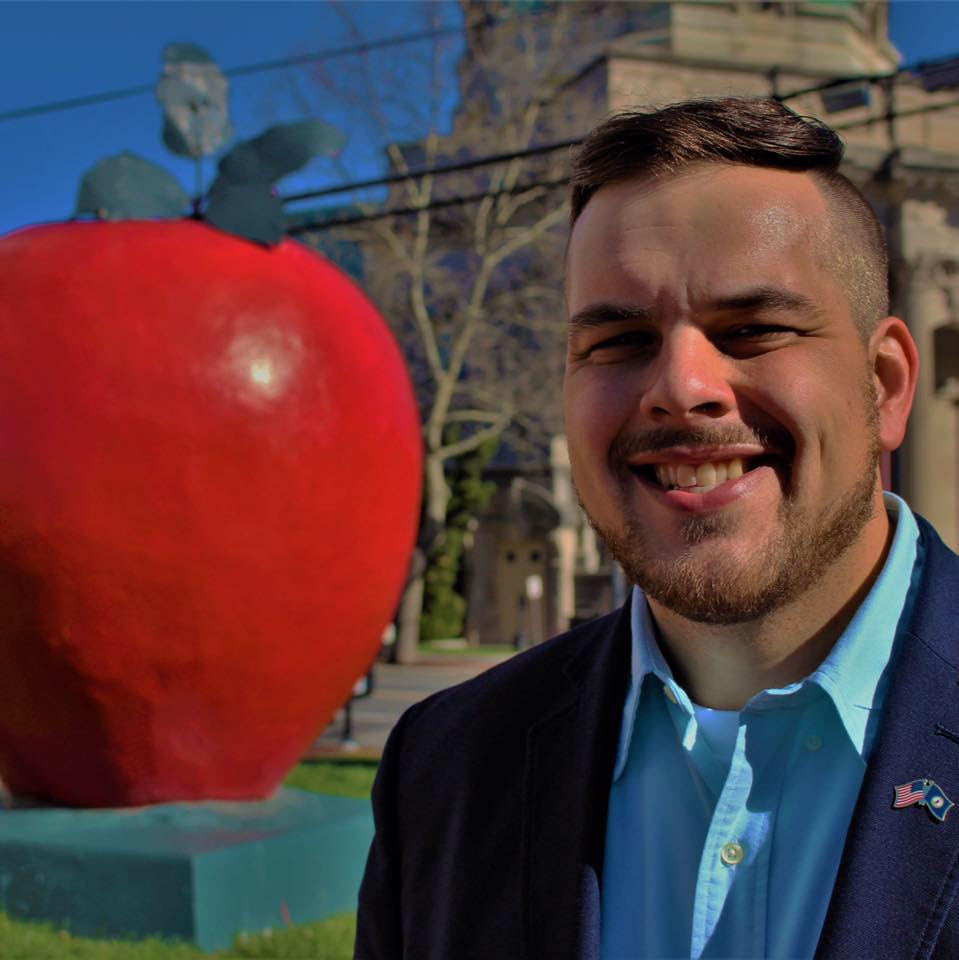 It was in the 29th District that Casey developed a love of history, earned the rank of Eagle Scout in the local area Boy Scout Council, and graduated from James Wood High School. As a teenager, Casey transformed his love of music into a professional DJ service that he has owned and operated ever since. Upon graduation, he coached football for James Wood while studying History and Political Science at Shenandoah University. During his college career Casey remained involved in public service through volunteer-coaching youth sports, assisting in community history projects, and making his business’s services available free-of-charge to community non-profits.

Casey is seriously concerned about the status of the American Dream. The stress of rising health care costs, decreased economic mobility, and policies that negatively affect middle class families have threatened Virginians’ hope for a safe and prosperous life in exchange for a hard day’s work.

That is why Casey is running to be the voice of the 29th District in Richmond. His commitment is to ensuring that his community is well-represented in the House of Delegates and is able to take the lead on vocational training and skills for “new collar” jobs. He is also focused on strengthening Virginia’s public schools while making sure that competitive pay for educators is a top-tier priority. Casey will fight to ensure that the working families of the 29th District can and will take part in the Commonwealth’s current and future prosperity.

The 29th District represents the northernmost point of Virginia, bordered on the east and west by West Virginia. The district includes parts of Frederick County, Winchester City, and Warren County. It is currently represented by Chris Collins (R). Click here for more district details.

Chris is a newer member in the General Assembly, but his views on access to reproductive health care services are definitely outdated. At a town hall this year hestated, “I disagree that taxpayer money should go to Planned Parenthood, so long as Planned Parenthood is providing abortions, that’s my position.”

It’s bad enough that Chris denies a woman’s right to choose — unfortunately, he also finds it easy to write off the value of the vast number of critical services that Planned Parenthood provides for women (and men). Because Planned Parenthood provides abortions (which make up a very small percentage of the services it performs), Chris is willing to take away Virginian women’s access to critical services like prenatal care, breast cancer screenings, STD testing, treatment, and prevention, and pap smears.

Taxpayer funding does not fund abortions. Legislators like Chris should not punish people who need access to Planned Parenthood’s non-abortion services — they should instead encourage their constituents to seek the screenings and treatment they need.

This concludes Volume XIV of our Flip-a-District Friday series. I hope you will continue supporting our great Democrats up and down this ticket with your time and resources ahead of Election Day.