Following Tuesday night’s Democratic landslide wins in Virginia, it’s worth looking at the few remaining Republicans in increasingly “blue” jurisdictions like Fairfax County, Prince William County, Henrico County, Loudoun County, maybe even Chesterfield County, to see which local incumbents are likely political “toast” the next time they face voters. We’ll start today with Fairfax County, for at least three main reasons: 1) it’s “deep blue” Democratic at this point; 2) Republicans were decimated there on Tuesday; and 3) there are still a handful of Republicans hanging on, very vulnerable based on the results I’ve posted below from this past Tuesday and also from the special School Board election (another rout for the “blue team”) on August 29.

Note that Fairfax County is divided into nine “magisterial districts,” and that every single one went strongly Democratic on both August 29 and November 7. For instance, in Supervisor John Cook (R)’s Braddock District, voters went overwhelmingly (5,138-3,024) for Democrat Karen Keys-Gamarra on August 29, then by a more than 2:1 margin for Ralph Northam on November 7. As far as I can tell, if Democrats come up with a strong candidate against Cook in 2019, and assuming Republicans remain as unpopular as they are today, Cook is likely a goner – not even sure there’s much he can do about it in such an overwhelmingly “blue” district. Oh, and as they’re preparing to boot him from office, Democrats might want to remind voters that Cook campaigned enthusiastically for Gillespie/Vogel/Adams the weekend before the election.

As for Supervisor Pat Herrity, his Springfield magisterial district went 24,683-16,139 for Ralph Northam on November 7 and 4,431-3,773 for Democrat Karen Keys-Gamarra on August 29. So again, Democrats need a strong challenger, but assuming they find one, Herrity could be in big trouble politically in two years…

Finally, there are two Republican Fairfax County School Board members, including one right-winger (Thomas Wilson) and one completely-off-the-deep-end member, Elizabeth Schultz.  Note that Wilson’s Sully magisterial district went nearly 2:1 for Ralph Northam on November 7, and 3,338-2,494 for Karen Keys-Gamarra on August 29. So yeah, Wilson’s in biiiig trouble. As for anti-LGBT bigot, conspiracy theorist, etc. Elizabeth Schultz, her Springfield magisterial district went (as noted above) 24,683-16,139 for Ralph Northam on November 7 and 4,431-3,773 for Democrat Karen Keys-Gamarra on August 29. In short, it doesn’t take a rocket scientist, brain surgeon, etc. to figure out that both Wilson and Schultz are HIGHLY vulnerable (right-wing) Republican incumbents, both sitting in solidly blue districts.

Have I mentioned how much I’m looking forward to 2019 in Fairfax County? 🙂 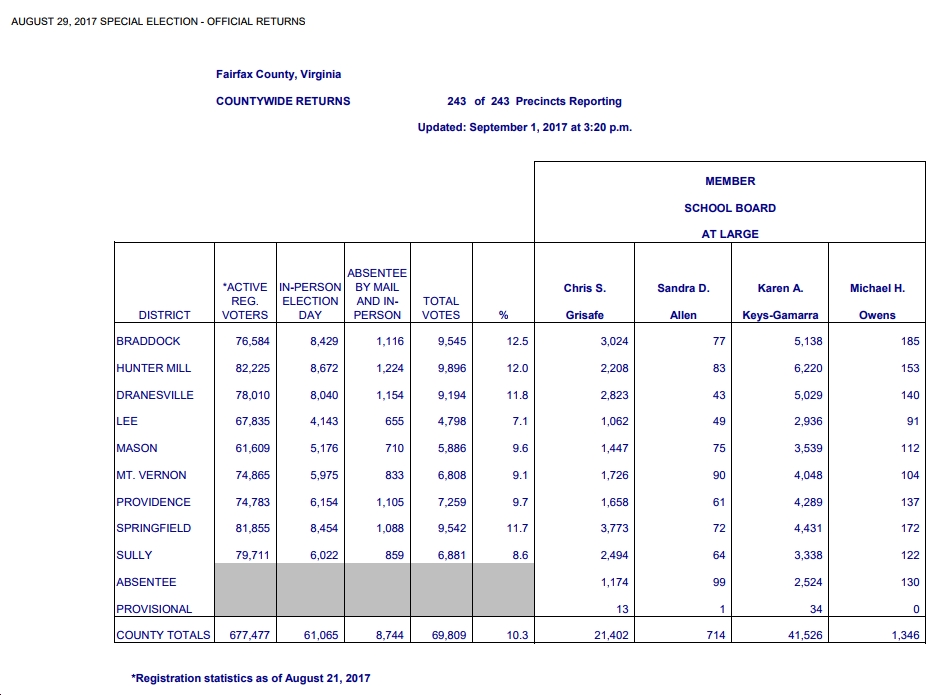 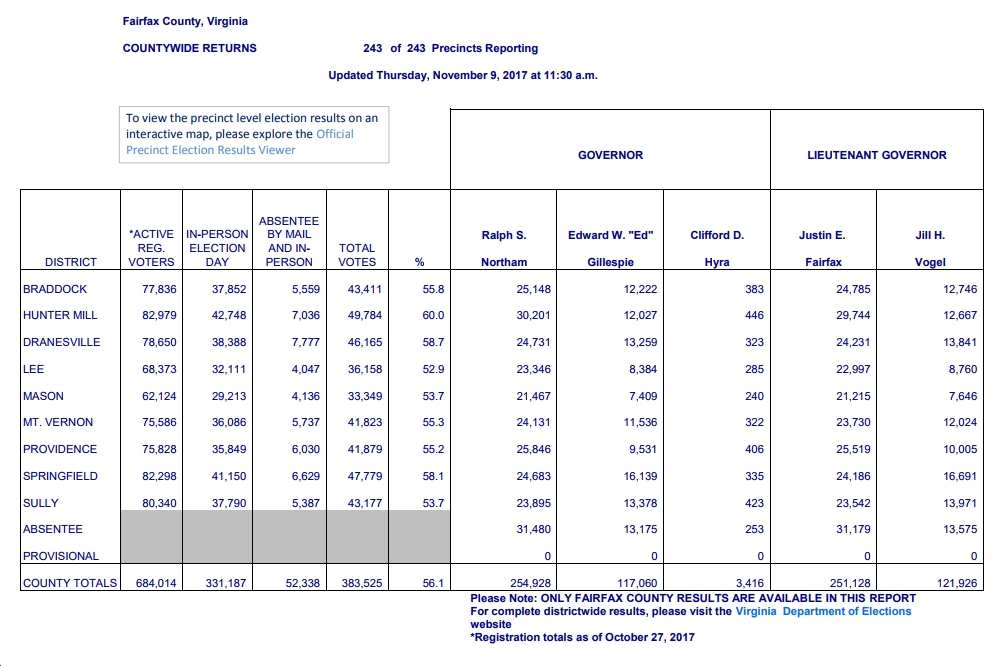 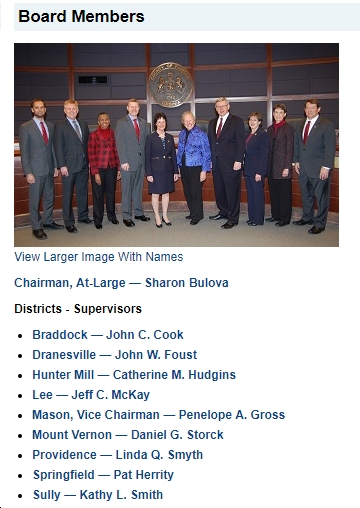