UPDATE: Compare this poll to the one conducted in April 2017, which had undecided at 45%, with Sen. Jennifer Wexton at 15%, then-First Lady Dorothy McAuliffe at 17% and Sully District Supervisor Kathy Smith at 20%. Obviously, neither Smith nor McAuliffe ran. Other changes: undecided went from 45% then to 58% now (+13 points), while Wexton went from 15% then to 31% now (+16 points).

I’ve been wondering whether there had been any recent polling for the VA-10 Democratic primary, and…yep, just received the following from the Wexton campaign. Note that this poll was conducted by Garin Hart Yang Research Group for the Wexton campaign. Still, it’s an impressive showing for Wexton, who currently leads the Democratic field 31%-5% (over Alison Friedman)-3% (over  Lindsey Davis Stover). Also note that Gov. Ralph Northam – who has endorsed Wexton – is viewed positively by 83% of VA-10 Democratic likely primary voters, vs. just 3% who view him negatively. Of course, with 58% of likely Democratic primary voters still undecided, there’s absolutely still a chance for another candidate to win; but as of this moment, it looks like Wexton is in the pole position… 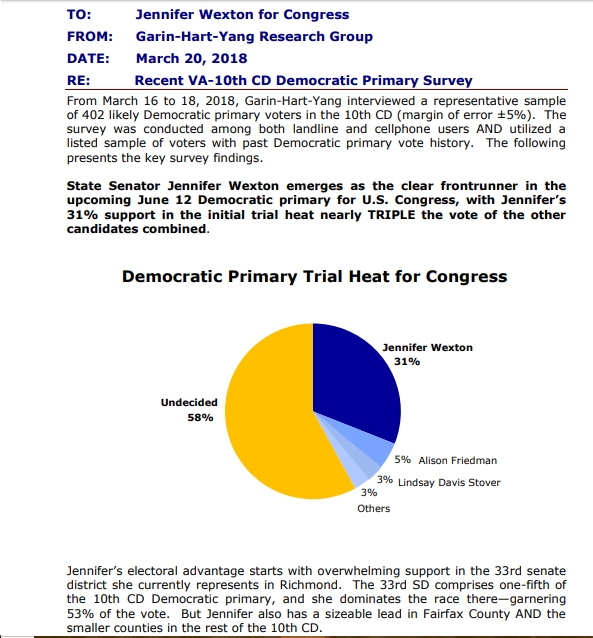 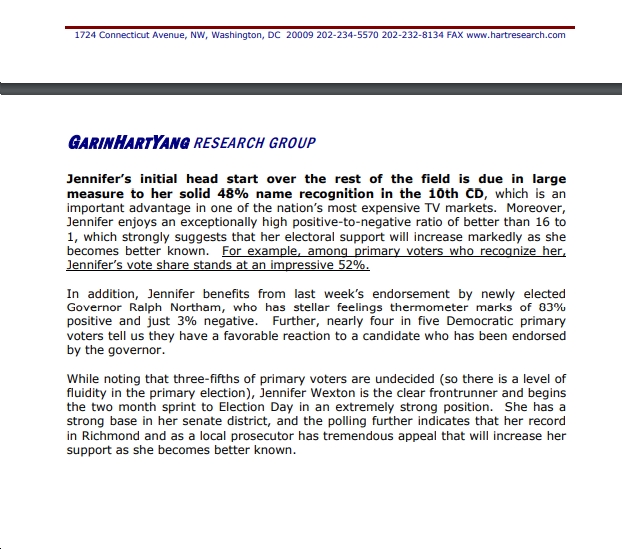