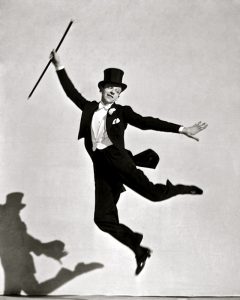 How are Republicans getting away with supporting the most openly corrupt, openly incompetent, openly racist, openly undemocratic POTUS in U.S. history? Because they are allowed to bob and weave around this horrific reality with a kind of dance that an increasing number of them have mastered. My diary today is intended to name and characterize a few of their most common moves, so that we and the media can all recognize these feints in real time, stop them in their tracks and ensure that the complicit Republicans are held accountable for what that they they are doing to our country.

For a radical movement to take over a civilized country requires two classes of supporters: what I call the Nazis and the Not-Sees.  While the former are utterly unambiguous about their race war aspirations, the latter will often appear (and consider themselves) to be decent, mainstream folks – your Republican neighbors, coworkers and family members who can always find a way to rationalize what’s going on, not matter how awful it gets.

To stop America’s descent into madness requires that we force the Not-Sees to see and accept their complicity in the ascending horrors.  And this means that we must recognize, unravel and challenge all the rhetorical tricks that they, their leaders and media employ to obfuscate, confuse and rationalize what Donald’s racist kleptocratic authoritarianism is all about.

It is worth noting that some of these diversionary tactics no doubt have been employed by politicians, press secretaries and surrogates since time immemorial.  As with many aspects of Donald’s reign, though, they have taken this shamelessness to such an outrageous level that you really can’t compare it to anything that came before – as in continuing to lie even when everyone in the world willing and able to read the news already knows that they’re lying.

So I’ve begun here the work of naming and giving examples of these dance-around-the-truth moves below. I believe I’m only scratching the surface here and welcome others to add to the list and tell me what I’m missing:

Plain Talk Tango: One way that Republicans try to downplay the awful things that come out of Donald’s mouth is by protesting that the elite media snobs just don’t understand his plain, salty way of speaking the way the rabble do. As Steve Bannon put it recently, he doesn’t think that Donald ever lies but “I think he speaks in a particular vernacular that connects to people in this country.” Frequently, Republicans try to recast some crazy or dishonest thing he said by claiming that he really meant something utterly different from what he said. Sarah Huckabee Sanders is a master at this, as in the following example:

SANDERS: “That’s what he’s talking about.”

Bottom line: be aware of these rhetorical techniques, pick them out when they’re being used for sneaky political ends, and learn how to counter them.  Don’t let them get away with diverting from the horrors of what is happening in our country. Throw it back in their faces until they just can’t avoid the ugly reality. Force even the Not-Sees to see what they’re trying so hard to distract from.

Democracy depends upon the open and honest discussion of relevant facts and issues. Shut down these dishonest diversionary tactics so democracy can start to flow in America again.