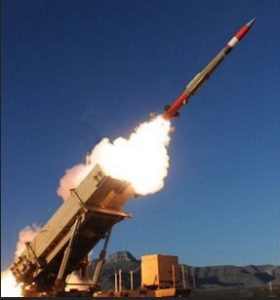 AMERICA WORST. Your supporters perceive your every gaff as pure genius and excuse your moronic bluffs as strategy. Now we realize the reason it was historically essential for American politics to end at the water’s edge. You have immeasurably weakened the pillars of American strength: diplomatic, informational, military and economic.

One campaign promise you kept: your Administration is truly transparent; at least to us. From the beginning, we found you and your colleagues so vulnerable to influence we thought it could only be an act or that we were being played. But they so often fell for the simplest temptation. Your son Donald we played like a fiddle. As they say, the fruit does not fall far from the tree. And Flynn, easy pickings. Why did we ever fear your generals? That goes for your entire camp surrounded by every-man-for-himself vultures.

We were surprised our objectives did not require collusion. Junior and so many of your people were so easy to seduce. It is so very true when you say that there was no collusion; it was unnecessary. We crafted your campaign in much the same way we are recasting your foreign policy while enjoying Kim make you his marionette.

Your reaction to the usual annual protestations over your exercises with the South actually surprised us. In the past America just blew these threats off understanding it was for the North’s own domestic consumption. Your knee jerked; you blinked. That was not something we anticipated but you handed us an opportunity that we could not have imagined.

When you thought that you had played a winning hand by cozying up to Xi Jinping, we laughed at your naivete. The meaningless wink, nod and handshake you mistook as allegiance. You completely misunderstood the dynamic that exists among America’s competitors. You completely miscalculated the difference in culture. But you must be cultured to understand it. We know you aren’t.

All the bluster and childish name calling. A bully on the middle school playground. It makes us wonder about your experience in that military school. What did you learn? How were you hazed and how did you return that treatment as an upper classman? Did you learn that authority gives you privilege? What we do know is that whatever happened made you too cowardly to serve in America’s military.

And what did all that bluster achieve? You may have given us the South Korean President we needed. Not unlike you, he wants the deck stacked. He is no fan of free markets. And what’s more is that, unlike you, his family faces the immediate consequences of an error in your juvenile strategy of taunting and one-upmanship. Moon was already beginning to look for an alternative to conflict.

Then that May 2017 meeting in the Oval Office with Sergey Lavrov … McMaster lied to cover your incompetence.

“At no time — at no time — were intelligence sources or methods discussed, and the president did not disclose any military operations that were not already publicly known,” General McMaster said. – New York Times

Even today, you could not recognize a source or method. McMaster knows full well that you do not have to literally reveal sources or methods by handing over a list. They can easily be gleaned from the intelligence that is shared. And simply because operations are “publicly known” does not mean there is significant damage when those unofficial source reports are substantiated. Undoubtedly there was blood on your hands following that meeting. But that wasn’t the last.

In quick order your administration leaked like a sieve in the aftermath of the Manchester concert bombing. So, to explain what happens when sources and methods are compromised you should understand that it involves torture and blood, both of which you endorse. In the Manchester scenario the separate cells involved sat at the table drinking tea discussing the information that was leaked. If it points toward them, the member sitting at that table who is the newest acolyte is immediately suspect. There is no due process. Drawn and quartered, he or she is interrogated until either there is an admission or, failing that, the torture continues until, well, both outcomes result in execution. This honor is bestowed in every cell that suspects it has been compromised. Guess what. At least one of yours will certainly have been lost. Maybe the vital informant. If not, spilt milk.

In the midst of all of this your lack of sophistication allowed the Saudis to put a fissure in  your influence on the Arabian Peninsula. Possibly what confused you was the cooperation of the Saudis against the regime in Yemen; or was it simply their wealth?. There is no love lost between the Saudis and Yeminis. They have been fighting for generations. American policy simply legitimized the punishment meted out under the guise of fighting terrorism.

Qatar is a centerpiece of Western influence with a most forward-leaning leadership. It also possesses enough reserves of natural gas to power the West for decades; not to mention the helium. It served the economic purposes of its neighbors to isolate Qatar. We really didn’t know that you had a personal score to settle with Qatar, so American support for the regional embargo led by the Saudis fell into our laps. Who’d have known that those little countries have national interests. Certainly no one in your circle of fools.

You are completely ignorant about the reason the Arabs never fell into the influence of the Soviet Union despite the unfailing American support for Israel. The monarchs feared the price of embracing the communist philosophy was the loss of control over their enormous wealth. But today that is a completely different matter. They can easily endorse the concept of a coalition of oligarchs. It was so fortunate for American interests during the cold war that the monarchs never realized that the communists were always a coalition of oligarchs. It is so unfortunate for American interests that is no longer a concern.

But it is clear now that it was the Saudis who had the greatest influence on you over the Iranian deal. The Saudis want America to do its dirty work. They know they cannot go it alone and that American sentiment and prejudice against Iran provides leverage. They fear Iran for good reason.

Meanwhile Kim had you on the ropes. Those intercontinental ballistic missiles drew you in. The Japanese were apoplectic. Your military industrial complex promised you a simple solution: deploy the THAAD defense system to South Korea. But President Moon seemed to believe that this would be a provocation and he demurred. You persisted, Moon eventually acquiesced, setting up one of the grandest intelligence coups of the century. Meanwhile, China retaliated slapping punishing trade restrictions on the South.

You directed ships into the waters off the peninsula. The North Korean launches continued. Not a single ballistic missile was engaged. All this bluster did was reveal that American anti-ballistic missile technology is an impotent chimera much like the Commander in Chief who currently wields it. You removed all doubt about the capability and we now wonder what other weapons are hoaxes.

It is no coincidence that soon after this development, the leaders of the North and South met. At the end of that meeting what was a disturbing scene to your soldiers who have worked closely with their South Korean counterparts. You see, when American and South Korean military members work together to plan for the defense of the South, you hear the constant refrain, “We walk together.” What we saw after that meeting were Moon and Kim walking together, hand in hand.

And Syria. Nothing like begging permission from Putin to bomb an empty compound in an effort to demonstrate resolve to your domestic lackies.

Your insincere calls to families of fallen soldiers and the lies that General Kelly told to cover your complete lack of empathy.

Then Africa. “Shithole countries.” Thank you for handing over all those natural and human resources.

The campaign of tariff bluffs made for domestic political purposes which is crushing the most successful economic alignment in history.

Now the meeting in Singapore where you are about to give away the farm.

Good for us you never read a book.