FIGHT BACK. It happened here. On Saturday, the KKK leafleted parts of Arlington. We must stand up to such hate by electing people who embrace equality, diversity, and inclusion. That includes candidates like Tim Kaine, Don Beyer, Matt de Ferranti for Arlington, and Barbara Kanninen. Will you help Arlington Dems to win? Sign up at arlingtondemocrats.org/volunteer.

I’m so angry I can’t even talk (which means I must be really angry because y’all know I love to talk). Our neighborhood got flyered by the KKK this morning.
They were cowards and placed them on our driveways overnight. Not brace enough to show their faces with their disgusting views.
I think we should all call them! Jam up their phone lines. Make them call lots of “interested people” back. You can either voice your anger at them, or ask them to call you back with information.
Posting the flyers in the comments. If you are White Christian, you should read the flyers. Those who aren’t white Christian are used to hearing this crap regularly.
CALL THEM! 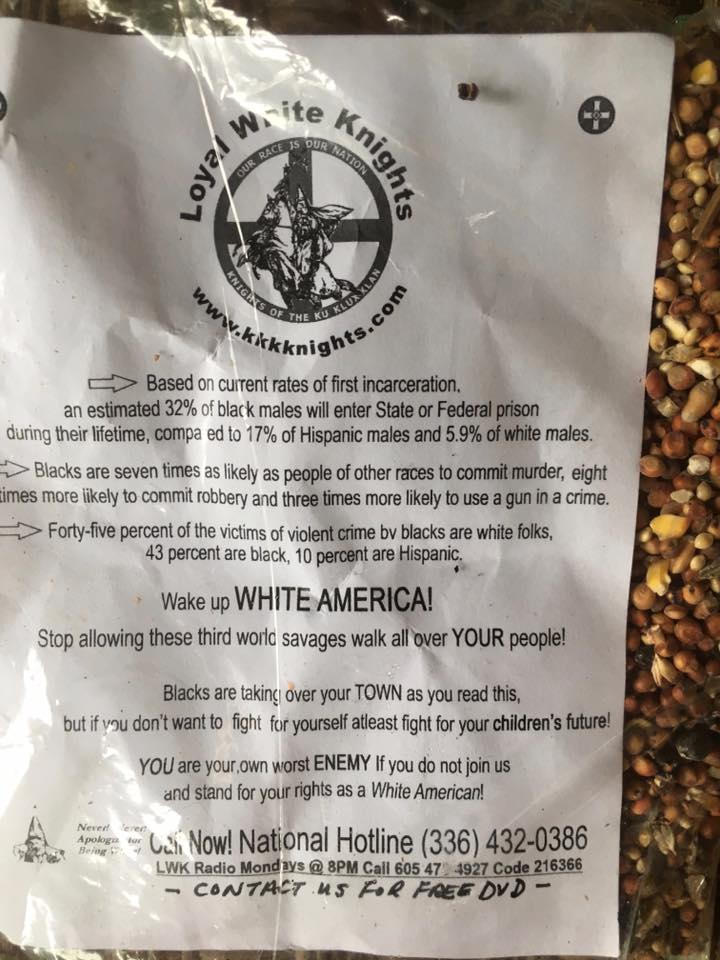 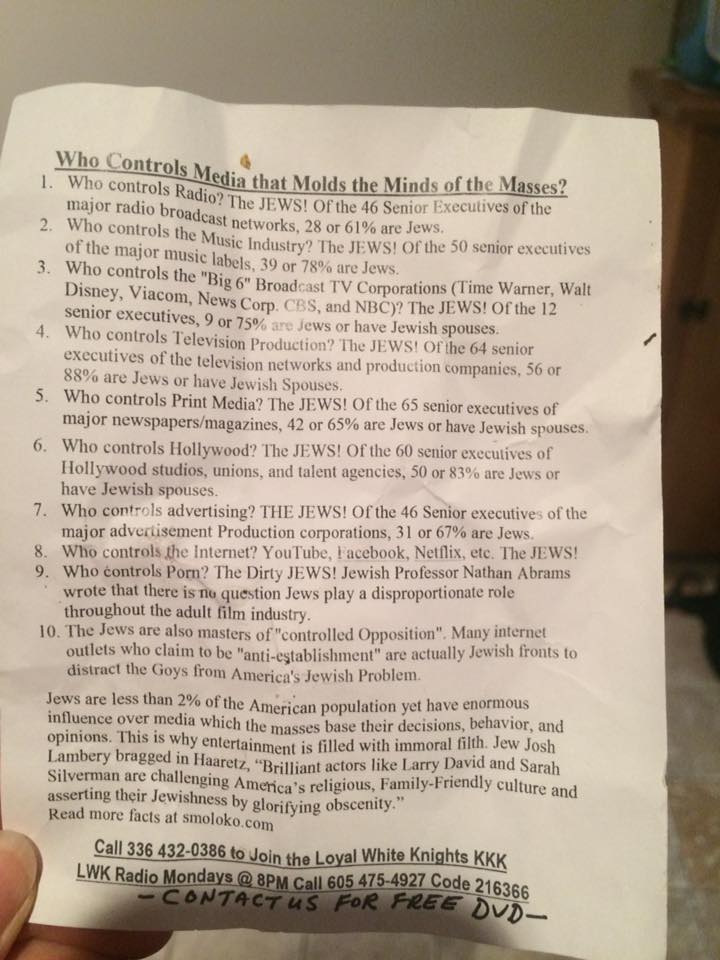 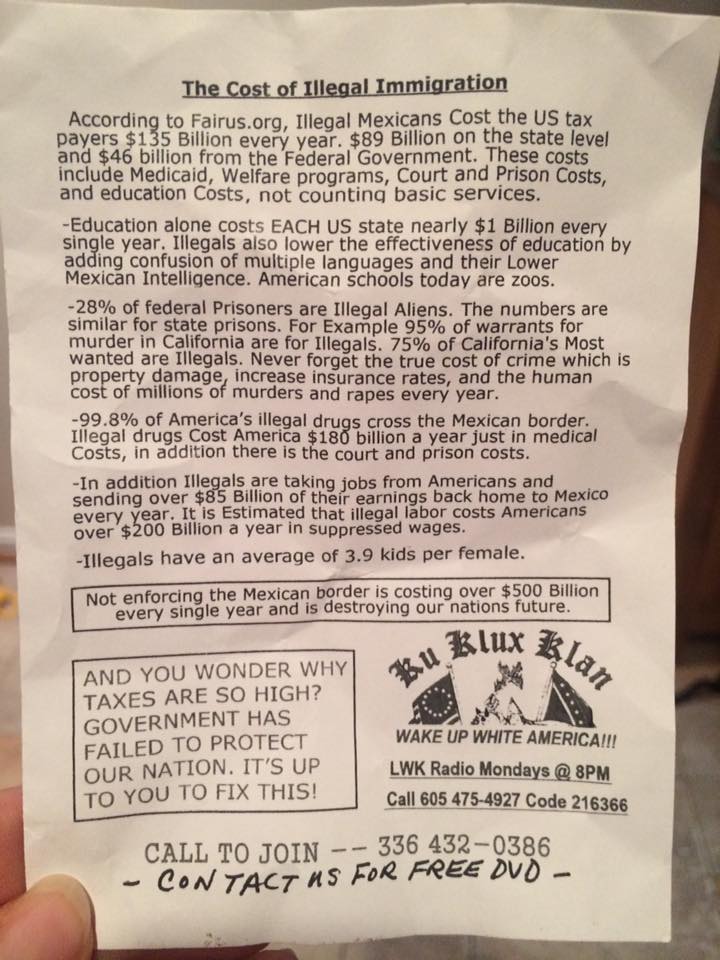 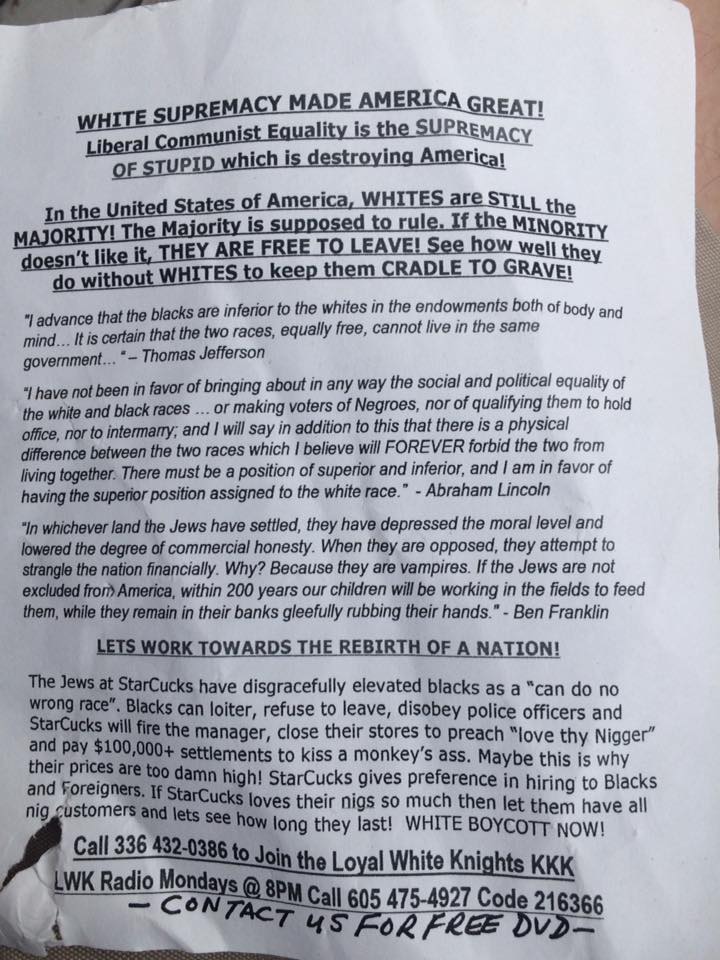 It's truly astounding how much positive progress Virginia has made in less than a year of Dems controlling the General Assembly. Elections - including the one on 11/3 - REALLY MATTER! https://bluevirginia.us/2020/10/thursday-news-trump-bet-against-science-and-voters-are-casting-judgment-finally-the-resistance-gets-to-vote-we-have-to-destroy-the-republican-party-in-order-to-save-it-no-one-mocks#comment-5129405589