See below, and keep in mind – as former Think Progress editor Judd Legum puts it:

“What’s coming in…is not the Mueller report. It’s some kind of document produced by Bill Barr, who was hand selected by Trump because he didn’t want Rosenstein in charge of this process. The procedure is a direct result of Trump’s efforts to interfere.”

“It’s important to note that Bill Barr has spent 48 hours privately reviewing Mueller’s report and apparently translating it into ‘principal conclusions’ to provide Congress. This isn’t very transparent. We also don’t really know who has been working with Barr these past two days.” 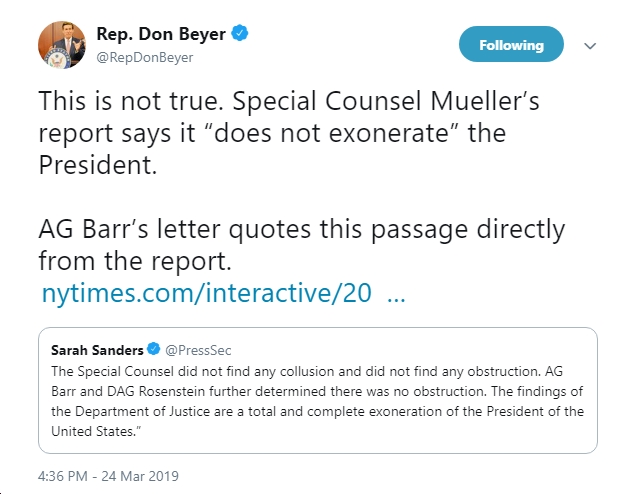 A few photos of Jim Southworth in action, including dealing with tech, manning a Hunter Mill Dems booth and talking to former VP Al Gore https://bluevirginia.us/2021/05/rest-in-peace-jim-southworth-a-superb-fairfax-democrat-tech-guru-and-a-great-guy#comment-5384656765