by Austin Sachs, Director, Protect US

Six months ago, I published “Time for a Socially Responsible Investing and Banking Wave to Sweep Virginia,” detailing the “Divest the Commonwealth” campaign by Protect US. The campaign aimed to pass legislation and move organizations in Virginia to divest from fossil fuels, weapons manufacturers and tobacco companies. While no legislation was introduced or passed in the Virginia General Assembly this past session, things have changed.

Three weeks ago, Protect US unveiled its newest campaign, “The Bank of Virginia Act.” Designed specifically to create a socially responsible public bank in Virginia and based off the model of the Bank of North Dakota, the Bank of Virginia would provide low-cost financing to municipal governments and state agencies, while ensuring taxpayer funds deposited in the bank are loaned only to companies and organizations that Virginians support. This new model could save millions of dollars annually as well as countless lives. 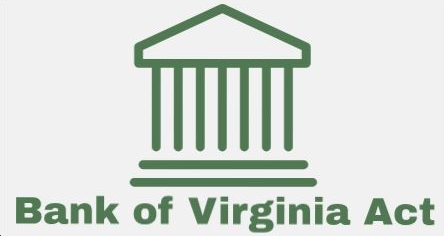 It would be fiscally responsible, because by managing its own money, the state could save millions annually through lowered interest rates and reduced bank fees — at the same time returning all profits the bank makes back to the taxpayers.

It would be socially responsible, because the bank would be required to loan money out to companies and organizations engaging in industries that support our communities and not tear them apart.

Finally, it would be efficient, because currently the state operates multiple agencies and programs that engage in lending and financial transaction behaviors. Through one agency, the operations of each program could better serve their stated purpose. Altogether, the Bank of Virginia makes sense for a state looking to better serve its people.