As if we need any more reasons why Fairfax County Supervisor Pat Herrity (R-Springfield district) needs to be defeated this November by Democrat Linda Sperling, check out the following from this morning’s Fairfax County Board “Markup of the County Executive’s FY 2020 Advertised Budget Plan and the FY 2020 Add-On Package.”

For a bit of background, see here for my April 12 post on Herrity’s anti-immigrant demagoguery, in which he   wildly and repeatedly misstates (by a factor of 1,000) the amount of money going to Fairfax County’s proposed $200,000 investment (note: that is an infinitesimally small part of Fairfax County’s $4.4 BILLION budget) in a pilot program for a legal defense fund for county residents dealing with deportation proceedings.

This morning, as you can see, Herrity moved to strike that $200,000 from the budget, and his immigrant-bashing motion was seconded by his fellow Republican John Cook (who is, mercifully, retiring when his current term expires in a few months), while Linda Smyth – who has a “D” after her name, but has frequently not acted like one over the many years she’s been in office (note: she’s retiring as well) – said she’d support Herrity’s motion. Appalling. Fortunately, everyone else on the Board voted against Herrity/Cook/Smyth, so the motion failed easily. So that’s good at least…

By the way, I’m not sure why it takes so long for Fairfax County to post video of its meetings – really ridiculous, given that other jurisdictions (e.g., Arlington) are quite capable of live streaming on YouTube, with the video available immediately – but for whatever crazy reason, it’s still not up yet. If/when it is, I’ll attempt to grab the relevant part and post it here. [UPDATED: Video now available, below.] For now, though, here’s SEIU’s live tweeting of how things went down this morning. 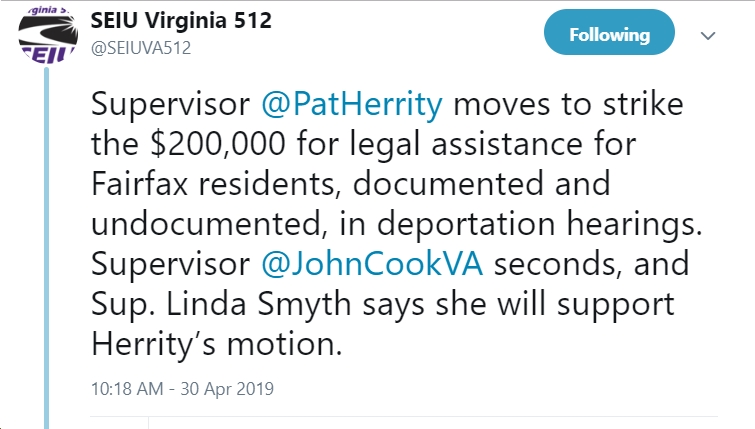 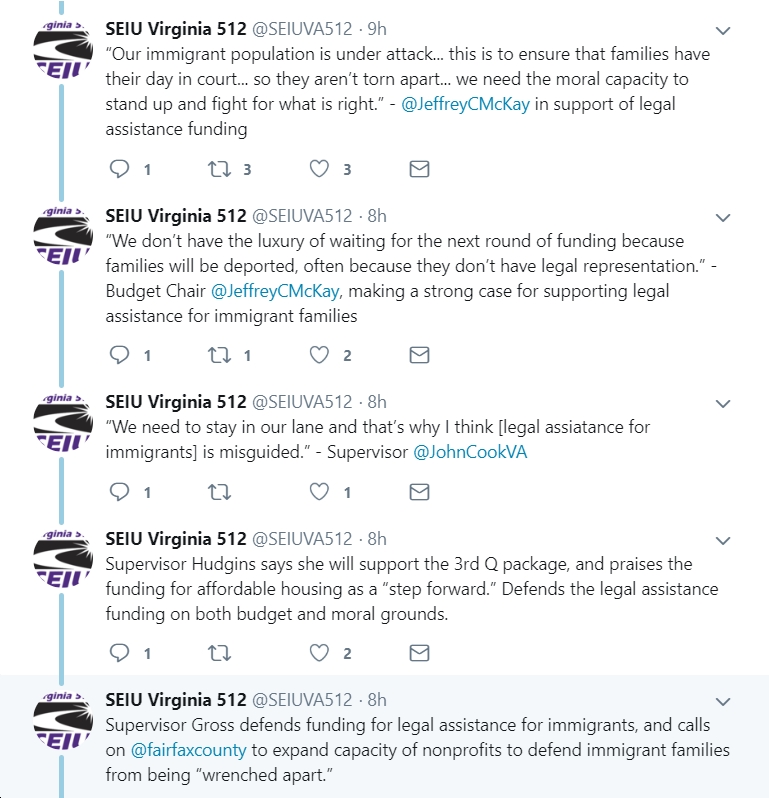 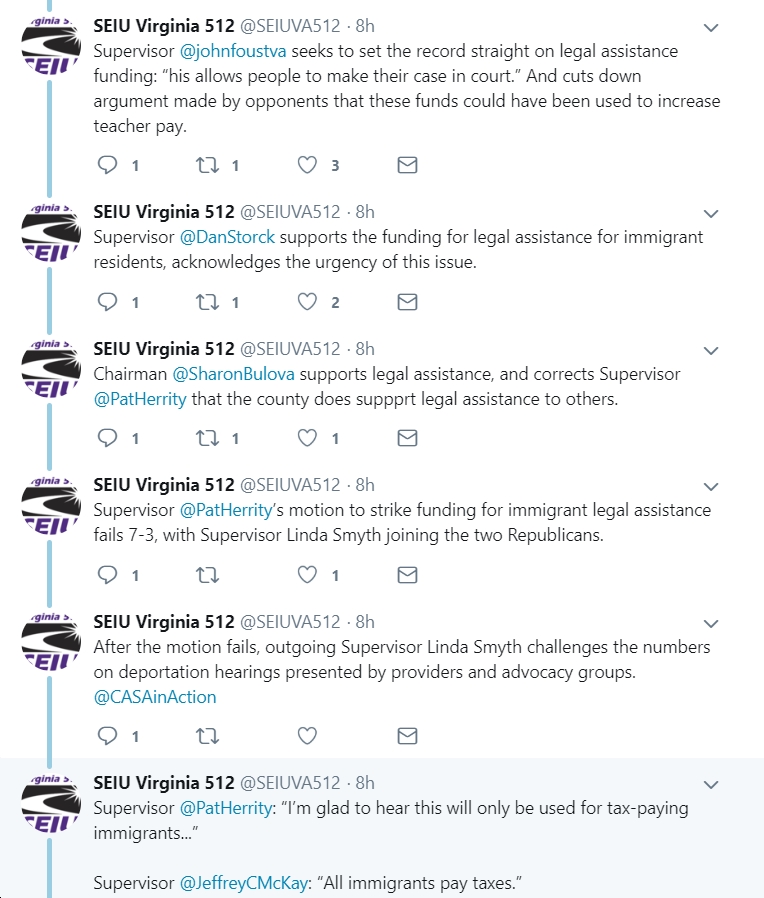 Youngkin Fails to Address the Root Cause of Gun Violence…Again