With former Gov. Terry McAuliffe about to make some sort of announcement regarding a possible run for president in 2020, I’m 100% with Sen. Louise Lucas:

“I said, ‘I know we have national issues, but I’m concerned about Virginia right now,’ ” said state Sen. L. Louise Lucas (D-Portsmouth), recounting what she told McAuliffe this week when she asked him not to run.

It’s a message she said she has shared with McAuliffe repeatedly since Northam became swept up in a blackface scandal in early February.

“We don’t have the right person to lead this charge,” she said, referring to Northam. “To say I’m concerned is a understatement. Trust me.”

Great idea, especially since McAuliffe has no chance of being the 2020 Democratic nominee for president. But yeah, given the sorry state of affairs concerning Ralph Northam and Justin Fairfax, we really need the help in Virginia right now. We’ll see soon enough what McAuliffe decides… 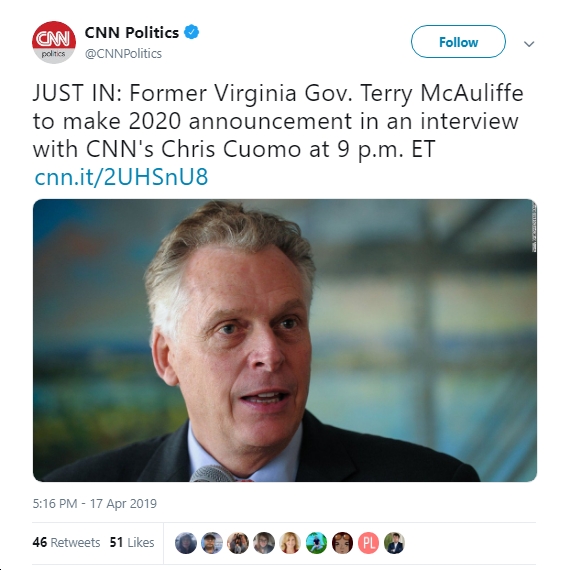 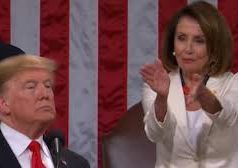