Will the Fairfax County Republican Party become even more fringe?

The anti-LGBTQ and anti-everything stance that its candidates for School Board are taking indicate that the Fairfax Republicans are hell-bent on sinking into irrelevance.

But now, the Mason District Republican Committee has recommended Tom Pafford for endorsement. Tom uses “Village People” as an epithet for the current School Board, because it has supported LGBTQ students, staff and family members. He equates the reading of a book about a transgender child with pedophilia. He is off the scales, radically so, in the openness of his loathing for LGBTQ people.

Will the Fairfax County Republican Committee endorse Tom Pafford and begin its application for being declared an official anti-LGBTQ group when they meet on May 21? We’ll see. 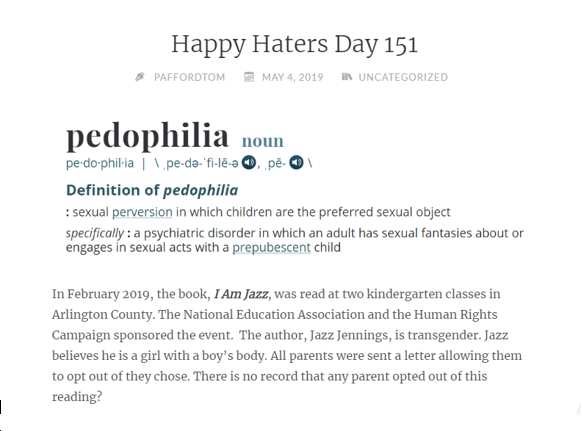 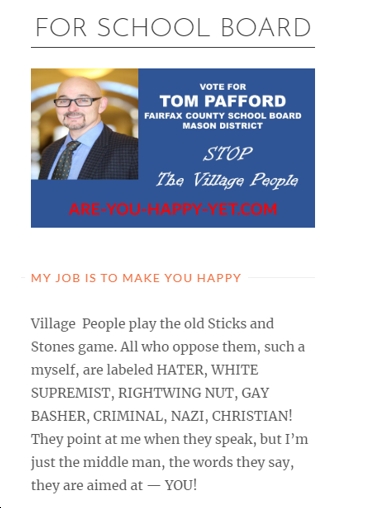 New VA Dept. of Education Report Stresses Need to Address “systemic racism in our public schools” and Ensure That “every Virginia student is positioned...