Congratulations to Arlington County Public School Board member Reid Goldstein, who was just endorsed by Arlington Democrats for another four-year term. See his press release, below, which reports that “A total of 2,000 votes were cast; Goldstein received 1,231 votes and Priddy received 763.” 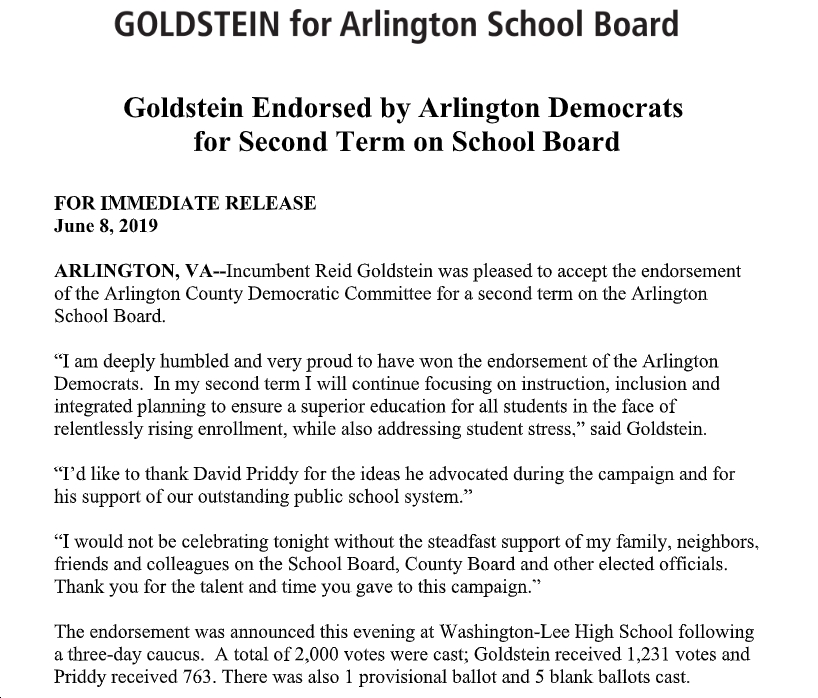