We already know that Virginia State Senator Amanda “I Call My Revolver My Little Equal Rights Amendment” Chase (R-SD11) is a far-right extremist nutter.  Still, check out the tweet, at the bottom of this post, by the Coalition to Stop Gun Violence, noting that Chase liked a “meme depicting her on the side of heavily armed extremist flashing ‘white power’ sign at Tuesday’s special session.” So…crazy, but not surprising for Chase, who also believes that “The ERA Amendment is nothing more than a ploy by the left to eliminate gender altogether.”

But how about Chase’s Virginia State Senate colleague, Glen Sturtevant (R-SD10), who likes to pretend he’s sort of moderate but really isn’t. Evidence? Check out the following two tweets, first by RTD political reporter Patrick Wilson, who passes along a recent fundraising email from Sturtevant. There are so many problems with this email, it’s hard to know where to start, but here are just a few that jumped out at me: 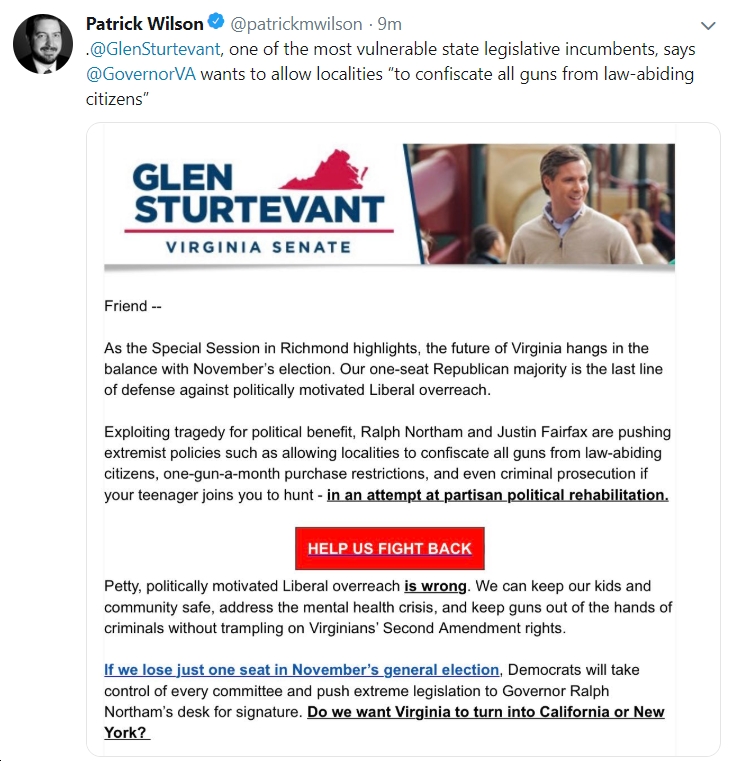 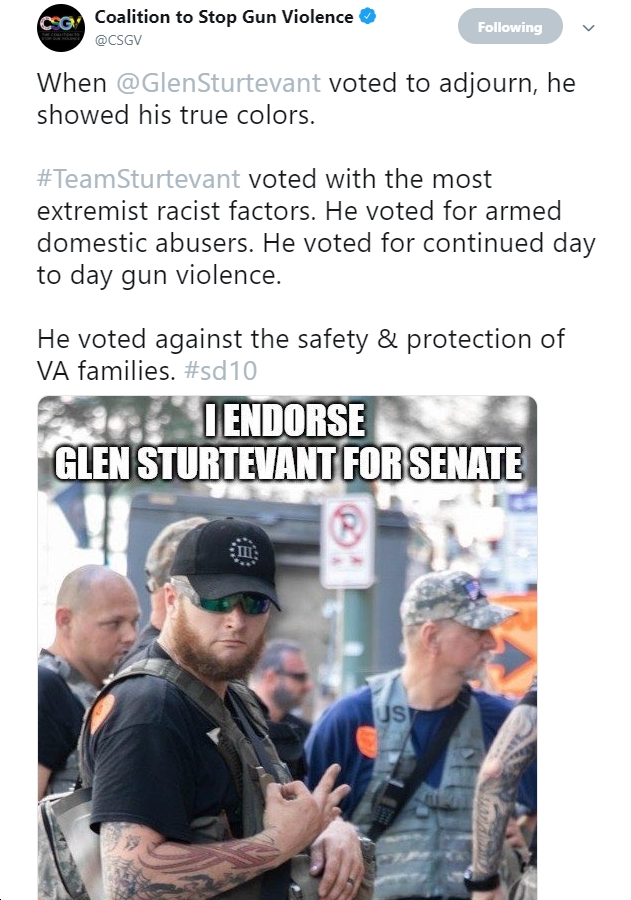 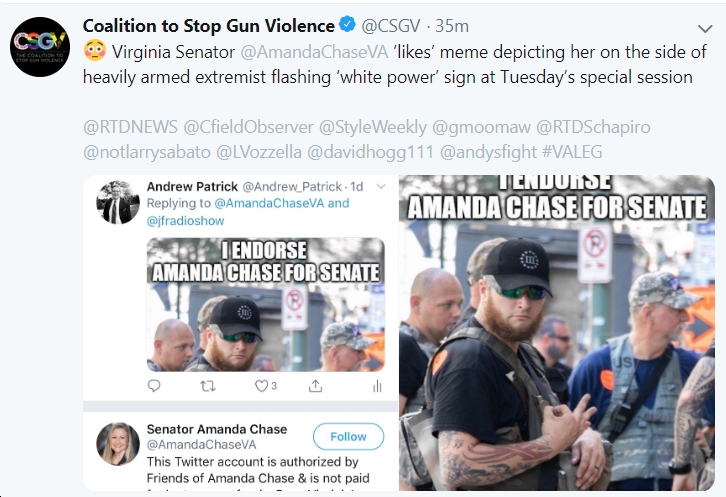 It's a beautiful day in Virginia - to VOTE Democratic, up and down your ballot! https://bluevirginia.us/2021/10/sunday-news-the-g-o-p-s-race-to-out-trump-the-trumpists-youngkin-supporting-steve-bannons-defiance-of-the-jan-6-committee-is-just-his-latest-con-trump-endorsed-ins#comment-5574375706 h/t @Susan_Mariner