As Democrats, many of us take it as an article of faith that the decision to terminate a pregnancy rests solely with women and transgender men. This choice is so deeply personal that to allow state interference with that choice violates a person’s fundamental right to privacy guaranteed by the Fourteenth Amendment to the U.S. Constitution.

I have friends on both sides of the debate about choice.  One friend in particular opposes choice for deeply religious reasons.  He believes that terminating a pregnancy is murder – case closed.  As you may expect, I strongly disagree with him on this issue.  But, we have always been able to agree on one thing – allowing someone to terminate a pregnancy in the case of rape or incest should always be permissible particularly when it involves child rape.

That is what is so profoundly shocking about this post (also see screen shots, below) by Delegate Mark Cole (R-HD88).  As you can see, Cole congratulates himself for protecting child victims of sex trafficking by allowing them to use closed-circuit television to testify but then argues in the comments that a child victim of sex trafficking should nevertheless be required to carry and deliver a rapist’s child and potentially have to go through the gruesome and traumatic process of sorting out custody arrangements with that rapist.

To be fair, Delegate Cole expresses no opinion about custody arrangements, but the issue of fighting a rapist for custody is a very real issue for victims and is the natural consequence of Delegate Cole’s extremely destructive views. In the Commonwealth of Virginia, a person must be convicted of rape in order to lose the ability to claim custody or visitation rights.

We already know that many rapes go unreported and we also know how difficult it is to prove rape cases.  Imagine adding a child custody battle to that horrible mix. Throughout the country, we have seen cases of courts awarding joint custody or visitation to a rapist.  Imagine having to discuss parenting time with that person. Worse yet, imagine making a child victim go through that.  Those are the real consequences of Delegate Cole’s fringe views.

Luckily, this year, we have a candidate for the 88th House of Delegates district who is a champion for individual liberty, a defender of our children, and someone whose views more closely align with average Virginians on this issue and many others.  Join me and help #FosterChange by voting for Jess Foster this November.  You can find out more about her here: https://www.jessfoster.org/ 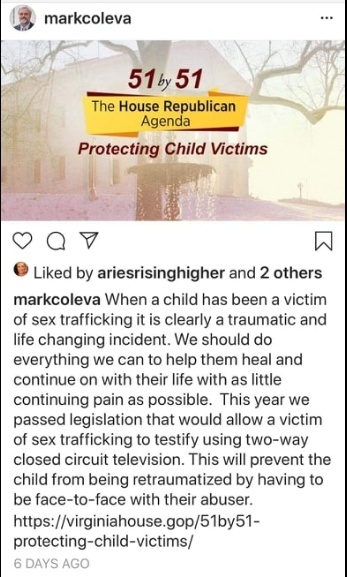 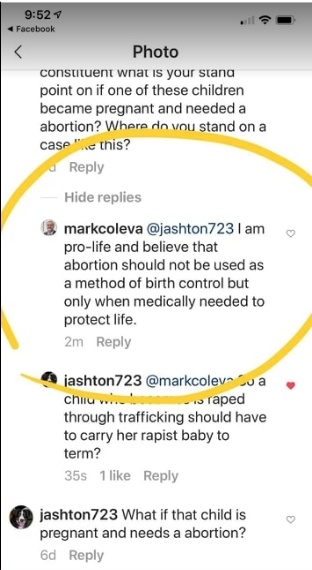 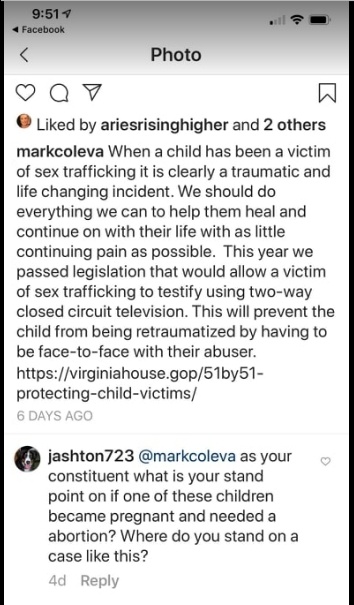