The following graphics, by VPAP, are very helpful in understanding the voter “dropoff” in off/odd Virginia election years, like the one we’re in now, and what that can lead to in terms of election results. The last one of these off/odd election years, of course, was four years ago, in 2015. As VPAP explains:

“Voter turnout in the 2015 November election was nearly 30% in Virginia. But looking at a single statewide number hides the wide range of turnout across districts. Turnout ranged from under 10% to over 40% in different legislative races, with many uncontested races having the lowest turnout. Select a district below for more information.”

As you can see, turnout is by far the highest in presidential election years, with turnout generally in the 40%’s in the gubernatorial and mid-term election years (with big “blue wave”/anti-Trump spikes in 2017 and 2018, to 48% and 60%, respectively). Note that when turnout is highest, Democrats generally tend to do much better, such as the sweep of all three statewide offices and the gain of 15 House of Delegates seats in 2017; the landslide victory for Tim Kaine in 2018, as well as the Democratic pickups in VA02 (Elaine Luria), VA07 (Abigail Spanberger) and VA10 (Jennifer Wexton). And when turnout’s lowest, Democrats tend to do the worst, such as in 2009 (the election of Bob McDonnell, Bill Bolling, Ken Cuccinelli and a bunch of Republicans to the House of Delegates), 2010 (the “Tea Party wave” election) and 2014 (another terrible year for Democrats nationally).

But…there’s always a “but,” eh? As VPAP correctly points out, the statewide average turnout for off/odd election years is somewhat misleading, given that there are no statewide races, and also that many General Assembly races historically were uncontested and/or non-competitive (e.g., safe “red” or safe “blue”). How was turnout in State Senate and House of Delegates districts that *were* contested and/or competitive? Higher, no question, although still not great. For instance, here are a few highlights from 2015 State Senate contests (see following the Senate graphics for House of Delegates highlights): 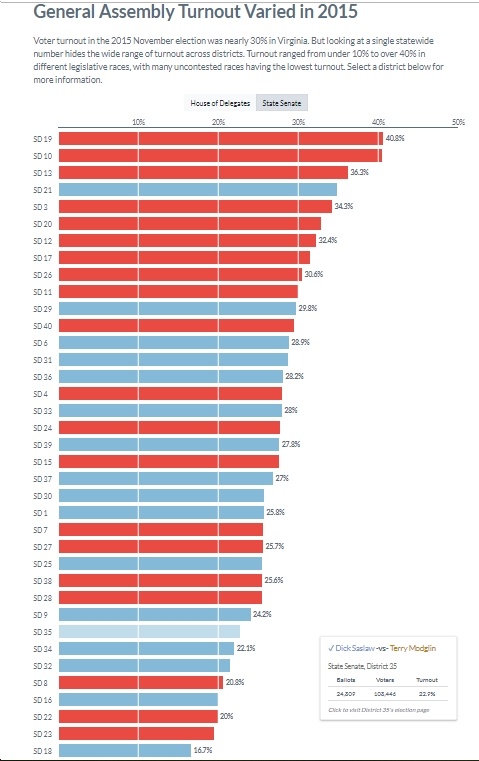 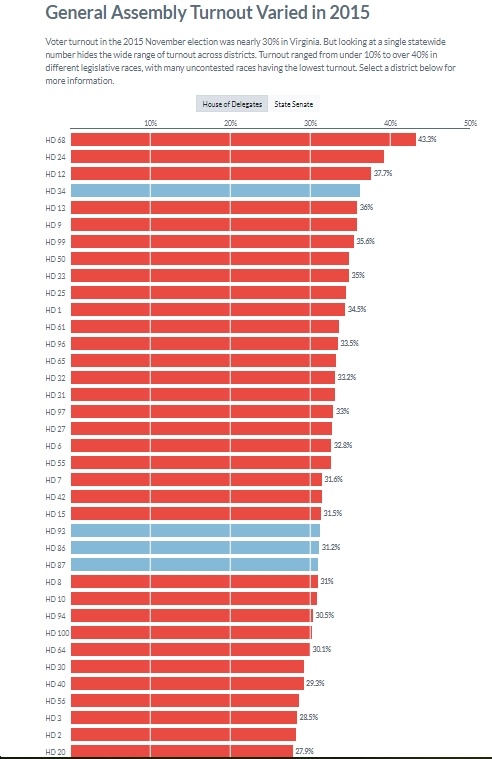 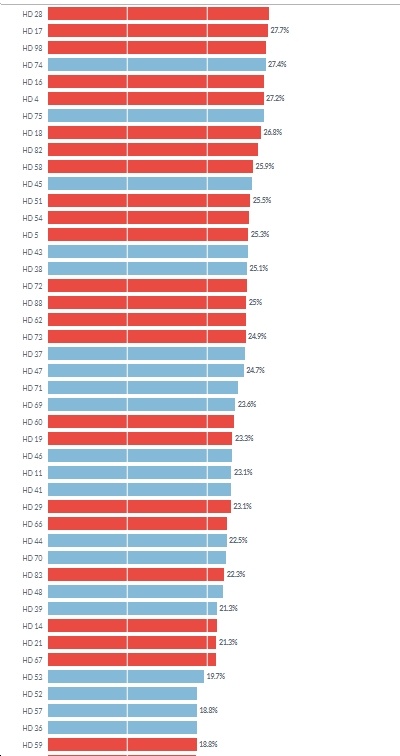 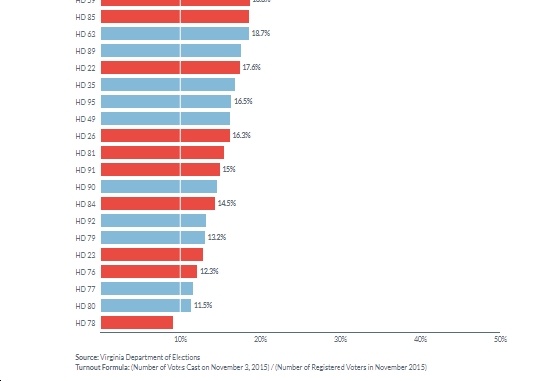