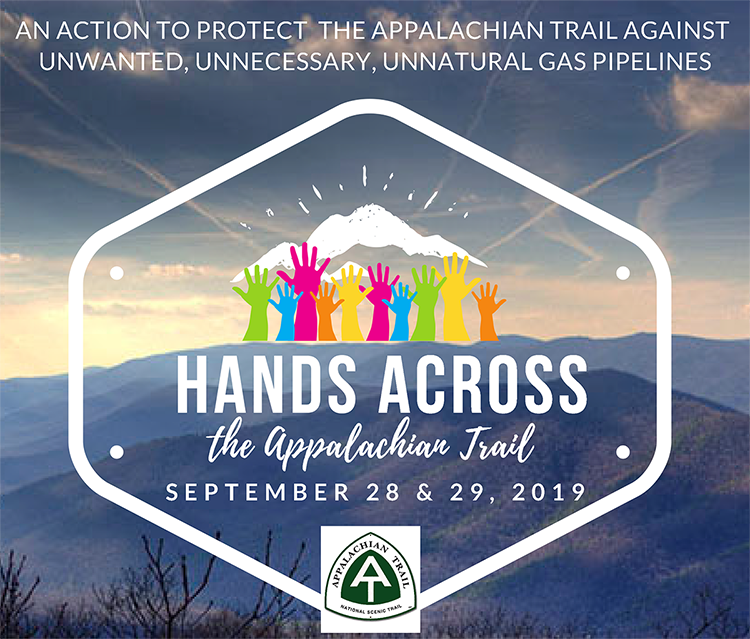 For generations, people worldwide are renewed by the Appalachian Trail’s (AT) role in protecting wild lands and viewscapes along its 2,200-mile length from Georgia to Maine from ugly and destructive exploitation.  Begun in 1921 and completed in 1937, the AT is the longest hiking trail worldwide. Managed by the National Park Service, the U.S. Forest Service and the Appalachian Trail Conservancy (ATC), thirty-one trail clubs maintain it with dedicated, backbreaking work that merits widespread corresponding protection for this sacred trail of peace and healing.  The ATC recently initiated efforts to include local communities in creating federal legislation to preserve Appalachian Heritage Regions to better protect cultural attachments in Appalachia.

EQT’s Mountain Valley (MVP) and Dominion Energy’s Atlantic Coast (ACP) Pipelines recklessly risked their companies’ assets to fast-track their projects across the iconic Appalachian Trail (AT) on wide swathes of scenic and protected East-Coast wilderness. The crossings occur in nationally-known public recreational areas–the George Washington and Jefferson National Forests and the Blue Ridge Parkway. The 4th Circuit Court determined that the entire AT from Georgia to Maine is part of the National Park System, and blocked federal agencies from authorizing a pipeline crossng — invalidating the pipelines’ AT crossing permit.

In 2018, at immense personal sacrifice, individuals staged tree sits and aerial blockades to prevent MVP from causing irreparable harm where the AT crosses the Peters Mountain view shed.  In February, 2018, Declan and friend braved tree stands on 4,000 foot Peter’s Mountain.  “Nutty” remained on a small platform for 56 days, blocking Pocahontas Road to construction traffic while the Forest Service blocked food or water to her.  Fern McDougal continued the relay of Nutty’s road blockage for 11 days. While Fern was later serving jail time, the Fourth Circuit Court ruled that MVP could not cross Jefferson National Forest!  Nutty, who descended the monopod after surviving the last days with no food, properly hailed her success in preventing MVP pipes being sunk in Jefferson National Forest–outmaneuvering MVP’s rubberstamped permits.  She prevented FERC’s “tolling order” (that fast-tracked MVP) from outpacing popular opposition and the federal court’s timely ruling that blocked MVP’s national forest crossing.  MVP failed its 2018 completion goal.

Terrain-destabilizing, export-sized fracked gas pipelines that clear 125’ right-of-ways are not for our Appalachian Trail.  After hiking up thousands of feet to behold an unparalleled spectacular view on Peters Mountain reaching into West Virginia, hikers should justifiably savor the splendor of the widest “protected” wilderness in America’s East Coast.  Hikers should not suffer a scene of wilderness destruction wrought by Virginia’s political corruption and FERC’s pro-industry permitting.  Add to that hikers’ inevitable thoughts of potential explosion on denuded, eroded slopes that are bulldozed for a climate-warming fracked-gas pipeline.

Contemplate this quote:  “Wilderness is not a luxury but a necessity of the human spirit, and as vital to our lives as water and good bread.  A civilization which destroys what little remains of the wild, the spare, the original, is cutting itself off from its origins and betraying the principle of civilization itself.” — Edward Abbey.  Our AT is a visionary gift.  We collectively hold the sacred honor of passing it uncompromised to future generations, period!

The indefatigable, growing Virginia pipeline opposition—an organic assembly of volunteers, property owners, community groups and civil-disobedient citizens along with dedicated environmental organizations and legal teams–has led to revoked permits that produced delays and stop-work orders for MVP and ACP.  Sadly, protecting America’s Forest Commons and the AT these days has become an act of faith–demanding years-long, daily, intense citizen vigilance and vigorous dedication.  Preserving our environment and natural treasures shouldn’t be this hard in America!

Hands Across the Appalachian Trail on September 28 and 29 features the ATC’s vision to “connect the human spirit with nature – preserving the delicate majesty of the AT as a haven for all to enjoy.”  Celebrate with environmental and elected leaders working to protect our Appalachian Trail as it protects our water, air, land and natural treasures in a life-giving circle of protection.

The Virginia Sierra Club invites all Appalachian Trail lovers to celebrate the fourth annual Hands Across the Appalachian Trail from 11:00-1:00  at one of three Virginia locations along the trail:  on September 28 in Giles Co. (Route 100 intersection with AT trailhead, 2030 Narrows Rd, Pearisburg, and at Humpback Rocks on the Blue Ridge Parkway and on September 29 at Bears Den in Bluemont.  Details at: https://vasierra.club/handsacrosstheat