Ever since I first watched Senator Surovell (D-36) in a Courts of Justice committee meeting present bill after bill (after bill after bill) to reform our criminal justice system and level the playing field between defendants and prosecutors, only to see them get shot down by the 9-6 Republican-controlled committee, I’ve had a soft spot in my heart for him. So it’s very exciting to see him potentially getting some help in his efforts from a new wave of reform Commonwealth’s Attorney candidates up for election this year. 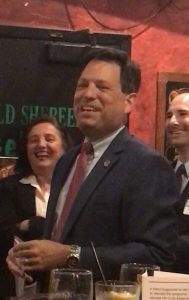 Tonight, those who are running for the position in Northern Virginia gathered together in the Auld Shebeen in Fairfax for an event sponsored by Senator Surovell. It feels like an incredibly momentous time in a state that still has some of the worst, harshest and most discriminatory criminal justice laws and policies in the nation, to see this group of candidates.

Bryan Porter (Democratic incumbent, Alexandria): “I’m really excited about the changes that are taking place in Northern Virginia in the area of criminal justice reform. For a long time, it’s been a situation in which I might have been kind of the lone wolf…and I now feel I have reached the critical mass where we have a new real influx of what I call ‘new paradigm prosecutors.'” He mentioned all the reforms he’s enacted in Alexandria in terms of cash bail reform, diversion programs and marijuana policy, but said it’s important not just to enact such reforms in the jurisdictions that have reform-minded Commonwealth’s Attorneys, but statewide, which is why we need to take the majority in the General Assembly this year.

Amy Ashworth (Democratic candidate in Prince William County) thanked Senator Surovell for asking her to consider running for office (repeatedly) and talked about how exciting the next 35 days will be. 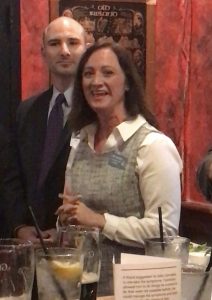 Steve Descano (Democratic candidate in Fairfax County) said how much respect he had for the defense attorneys in the room and that they would always have direct access to him. “While the cases may be adversarial, we all play an equal part in the criminal justice system. I’m looking forward to working with each and every one of you in a partnership to improve our criminal justice system.”

Buta Biberaj (Democratic candidate in Loudoun County) said “Safety comes from the security of knowing that we have a criminal justice system that is fair…We have a lot of people who are disenfranchised, who come to our courts, who understand by the color of their skin, by their last name, by whether they are able to get a particular lawyer or not, that they don’t get the right outcome because of those disparities. And that’s not going to be the case any more.” 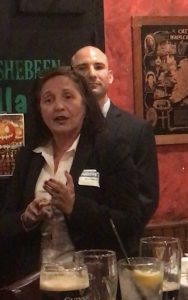 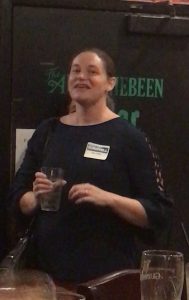 Parisa Tafti (Democratic candidate, Arlington County and City of Falls Church) believes “safety and justice aren’t opposing values.” As a former innocence attorney, she knows that “every time somebody got convicted of something that they didn’t do, the real perpetrator was out, committing more crimes.” She said that on the night she won her primary, she got a call from Rachael Rollins (reform District Attorney, Suffolk County, MA) telling her “welcome to the Justice League,” and that she can’t wait for the rest to join her. 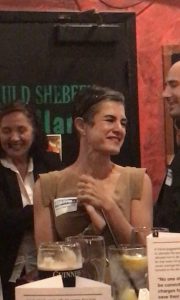 Lastly, Senator Surovell said “I can’t tell you how important it is to have these folks in office for the purposes of what we do in Richmond. Because when I go to Richmond, we have a lot of people making these decisions who don’t practice criminal law. A lot of our bills end up getting vetted by people who have no idea what the right answer is, and take their information from third party sources like the Virginia Association of Commonwealth’s Attorneys, which for the last ten years I’ve served has been an obstacle to any kind of meaningful reform whatsoever.”

I’m excited to watch Senator Surovell present his bills next session, with these reform-minded Commonwealth’s Attorneys testifying in support of his bills, convincing his colleagues to vote his way. He’s waited long enough.