Last night, Democratic State Senate District 12 (Henrico, Hanover counties) nominee Debra Rodman faced off in a debate against Republican incumbent Siobhan Dunnavant, and the choice is crystal clear – go Debra Rodman! See below for video of the debate, as well as some highlights, courtesy of Carrie Pruett’s and Debra Rodman’s Twitter feeds.

From what I saw, Rodman is the overwhelmingly better pick here, with Dunnavant struggling on issue after issue – gun violence prevention, the ERA, healthcare, energy/environment, etc, etc. – to defend her voting record, as well as her Trump Republican Party’s abysmal record, in Richmond.  Also note how Dunnavant tries to act like a moderate and distance herself from her party, as Del. Rip Sullivan pointed out yesterday is Virginia Republicans’ strategy right now.

For instance, on the climate crisis, Dunnavant actually admits that carbon emissions are a problem, but…then segues into the usual, idiot right-wing talking points about how supposedly energy efficiency (the cheapest form of energy), wind – increasingly the cheapest forms of energy – could blow up people’s energy costs. WTF?

Also note how Dunnavant also pivots almost immediately into bashing the “Green New Deal,” citing a garbage report by the corporate-captured State Corporation Commission about the supposed costs of moving to clean energy. How bad was this report?  Hell, even DOMINION said it “strongly disagrees with the staff analysis, primarily because the company says it doesn’t reflect savings from the new investments and undervalues the efficiency of new solar power generation in comparison with other options for producing electricity, such as natural gas.” Also note that Dominion’s own modeling shows that “a resource plan with 15,000 megawatts of solar power, which it calculated would save Virginia customers $1.5 billion compared to a plan that includes a $19 billion nuclear reactor.” But nope, Dunnavant goes with the clean energy bashing and false talking points. Pathetic. Fortunately, on 11/5, voters in SD12 have an opportunity to pick someone who’s enlightened on both economics and science – that would be Debra Rodman, of course, most certainly NOT Siobhan Dunnavant. 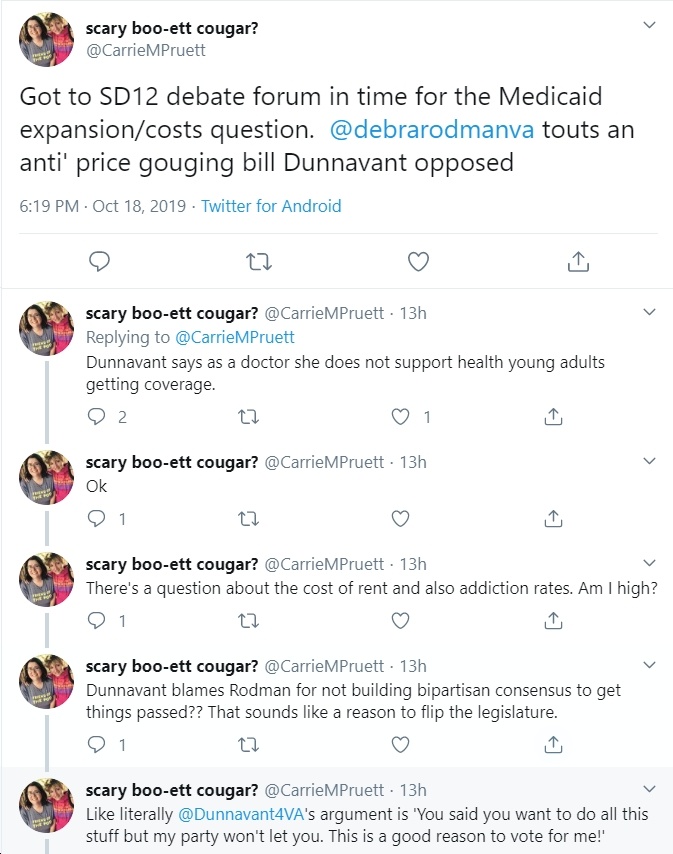 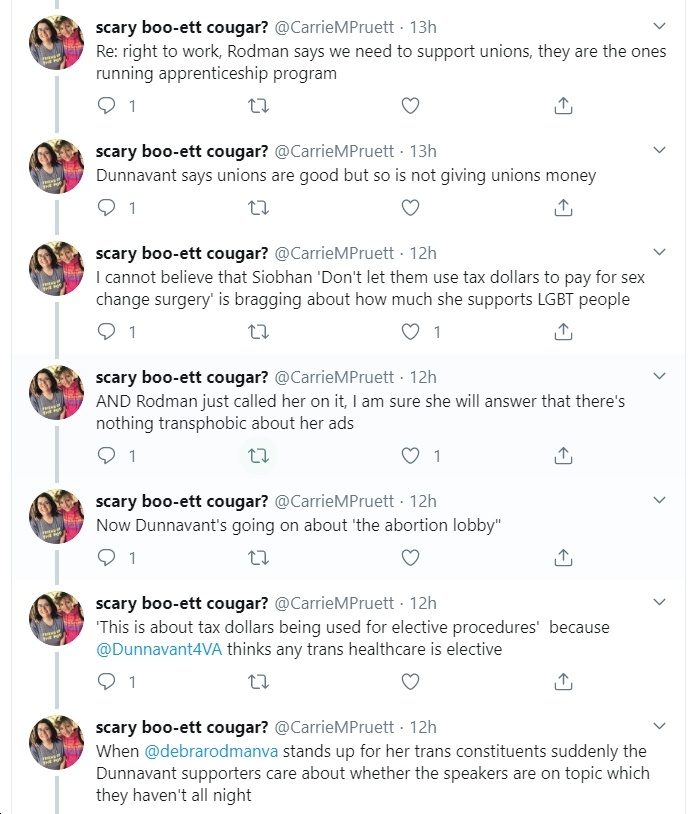 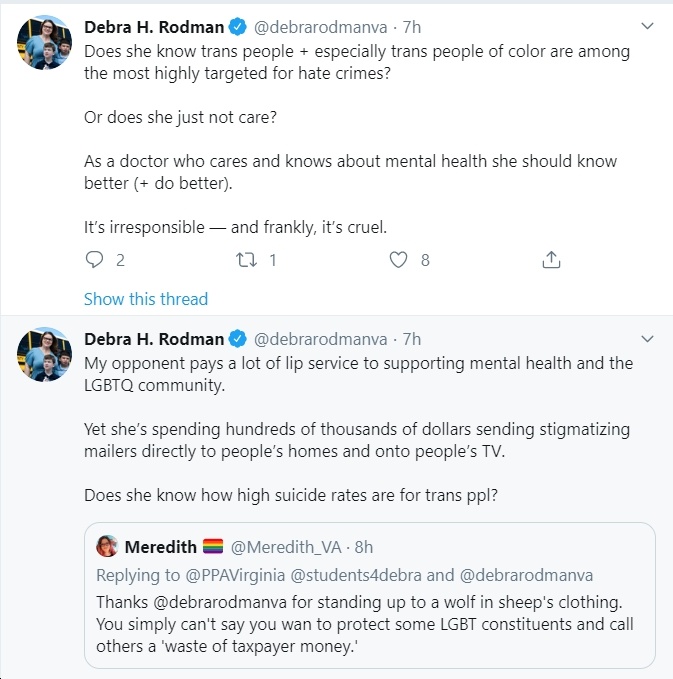