Broad coalition of Virginians opposed a 10.75% rate of return on equity

Charlottesville, VA — In response to the Virginia State Corporation Commission (SCC)’s decision today to deny Dominion’s request of a profit-level increase in the form of a 10.75% rate of return on equity (ROE), Clean Virginia Executive Director Brennan Gilmore said:

“Dominion’s customers won today, thanks to a broad swath of Virginians who opposed the utility monopoly’s request. These voices included hundreds of Dominion’s customers, low-income advocacy groups, large retailers like Walmart, the Office of the Attorney General, the U.S. Navy and nearly 40 members of the General Assembly. If approved, this increase would have cost Virginians $147 million a year. Dominion urged the State Corporation Commission to dismiss these advocates, arguing that the Commission should decide ‘regardless of what forum commenters say in this case, and frankly regardless of what half of the Democrats in the General Assembly say.’ But the decision to reject Dominion’s audacious request was simple.

“The truth is that Dominion and its investors already enjoy an actual return on equity far higher than its approved rate, banking $1.3 billion in overcharges since 2015. Without legislative intervention, it will continue to overcharge customers by hundreds of millions of dollars every year, lining the pockets of its shareholders and executives at the expense of Virginians. While today’s win is proof of the power of Virginians to stand up to their utility monopoly, Dominion’s abuse of power is out of control. Virginia, with a mild climate and relatively dense population, nevertheless pays the 7th highest electricity bills in the country. The General Assembly should prioritize ending Dominion’s system of self-regulation and work to lower Virginia’s skyrocketing electric bills in the upcoming legislative session.”

The State Corporation Commission chose to maintain Dominion Energy’s current 9.2% rate of return on equity which they found “consistent with the public interest” and “reasonably balances the interests of [Dominion], its customers, and its investors.” In contrast, during the hearing the Office of the Attorney General’s Division of Consumer Counsel proposed an ROE between 8.75% or 9.09% and SCC staff recommended an ROE of 8.6%. 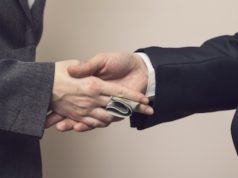 Rep. Denver Riggleman (R-VA05), Who Once Embraced Trump and Spewed His Own Conspiracy Theories, Now Rips Trump For “embracing theories and groups that are dehumanizing and have an anti-Semitic base” and “groups that are just anti-American” https://bluevirginia.us/2020/11/rep-denver-riggleman-r-va05-who-once-embraced-trump-and-spewed-his-own-conspiracy-theories-now-rips-trump-for-embracing-theories-and-groups-that-are-dehumanizing-and-have-an-anti-semitic

#Sunday News: “20 days of fantasy and failure: Inside Trump’s quest to overturn the election; “Calling an election unfair does not make it so”; “Journalism 101” by the Amber Ruffin Show; @DPVAChair Says “Democrats need to compete in rural areas” https://bluevirginia.us/2020/11/sunday-news-20-days-of-fantasy-and-failure-inside-trumps-quest-to-overturn-the-election-calling-an-election-unfair-does-not-make-it-so-journalism-101-by-the-amber-ruffin