For instance, check out “Virginia Is For…Birthers?”, which we posted in March 2010, about how Loyola bought into the racist, “birther” conspiracy theory against President Obama, stating that he was “not sure” if Obama was a U.S. citizen and how “that troubles me.” WTF? Also, how about Loyola calling for the elimination of the U.S. Department of Education? Claiming that the Affordable Care Act supposedly adds “a huge new layer of socialism?” Showing that he knows zero about economics, by laughably asserting that there’s “no excuse” for U.S. unemployment to be over 1%-2% (note: 4% unemployment is basically what economists consider “full employment”)? Ranting about the Federal Reserve conducting “terrorism against America?”

In sum, Ben Loyola represents everything wrong with today’s Republican Party, while epitomizing why moderates and suburban voters are turning so strongly against it. If you’re an Elaine Luria fan, you can only hope that Republicans are stupid and crazy enough to actually nominate this guy. Do it!!! 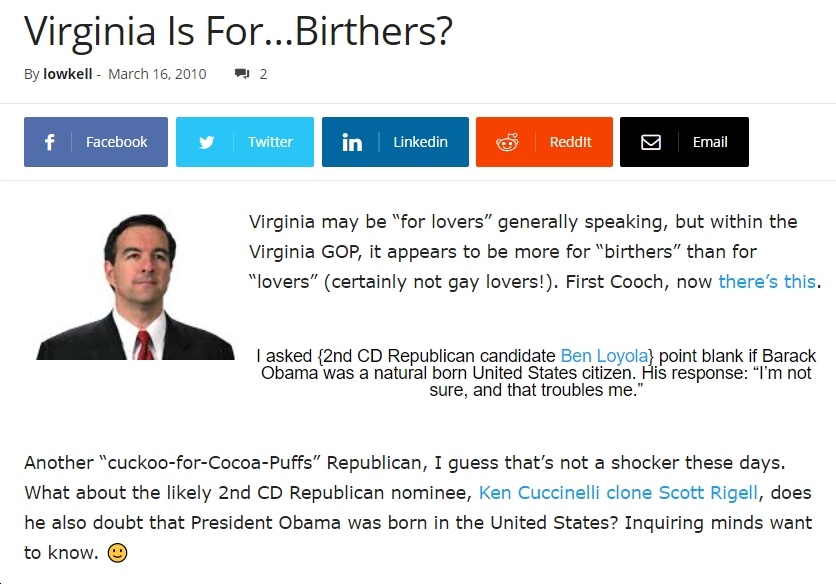 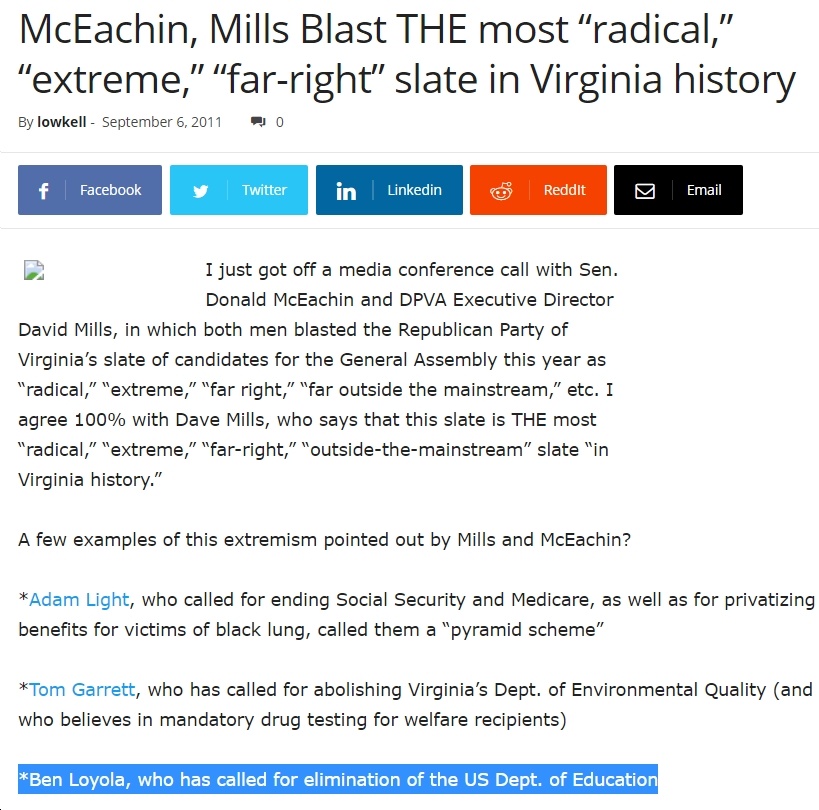 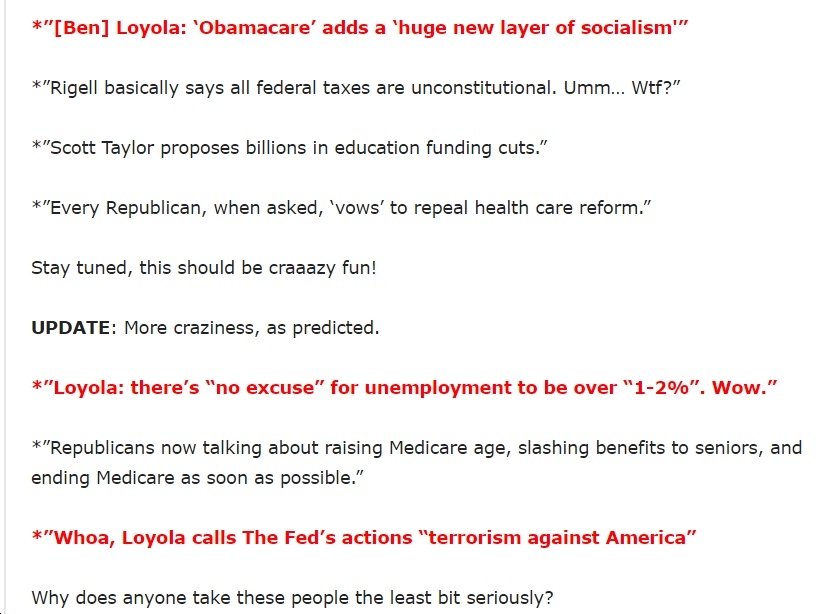 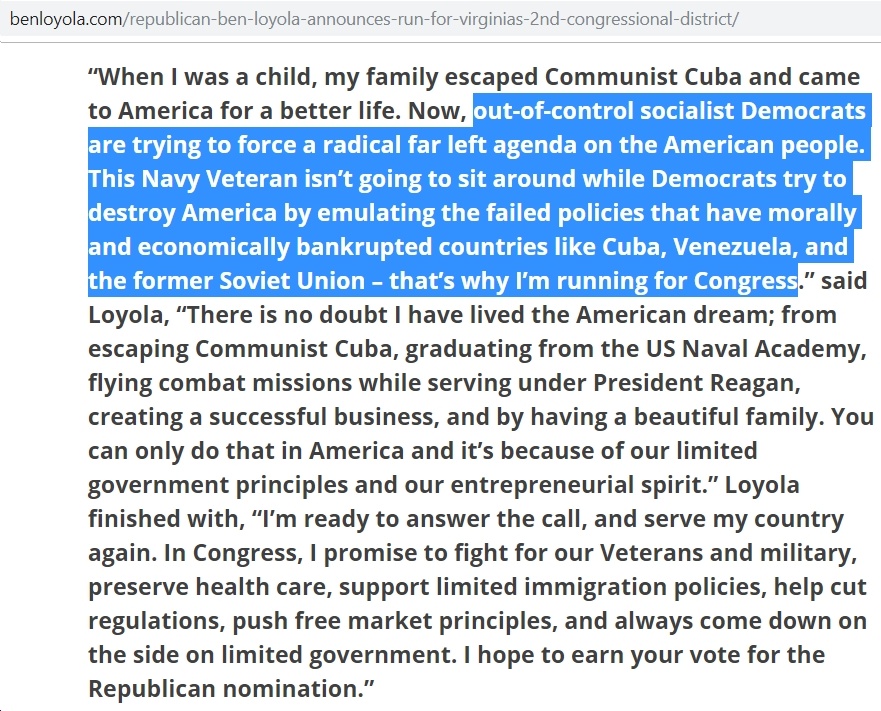 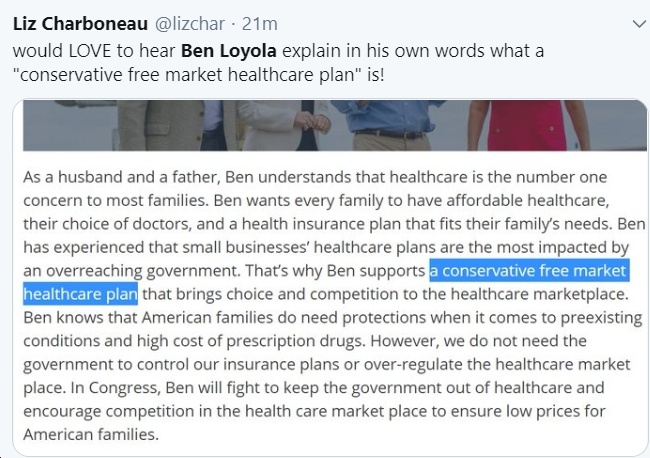 this video has EVERYTHING:
-support for Ken Cuccinelli
-fear mongering about the ACA
-an extreme lack of blinking
-eminent domain https://t.co/qVnN4BzVTg

do you think he and his wife go to the range every Sat. after church pic.twitter.com/bDHVicXwZQ