Interesting graphics from VPAP, showing that, “Unlike competitive legislative elections this fall, most county elections across Virginia, such as school board and county supervisor, went uncontested.” Any theories as to why this might be the case? 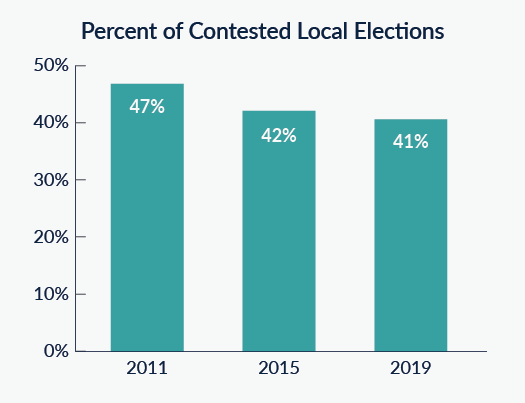 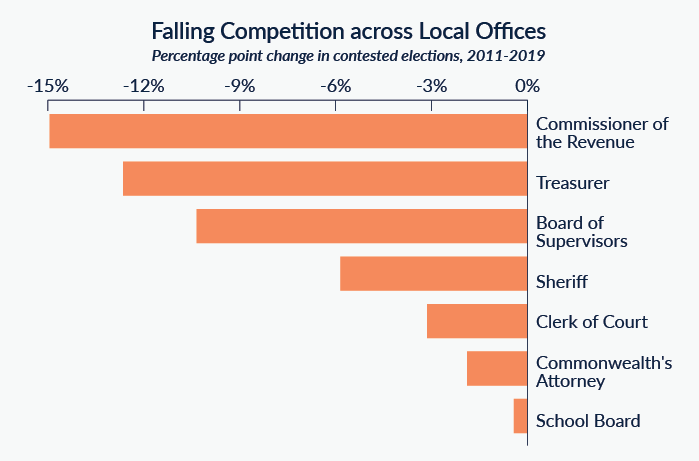 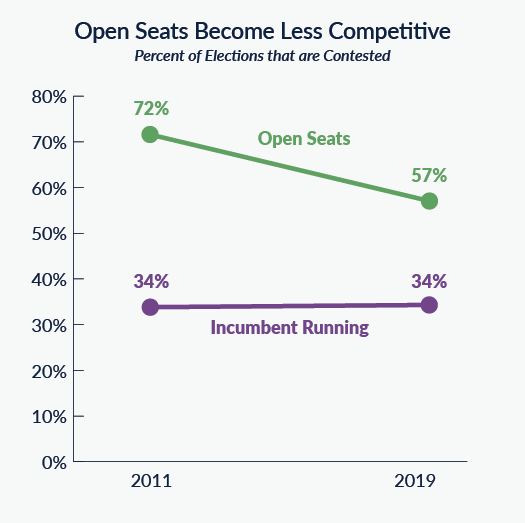 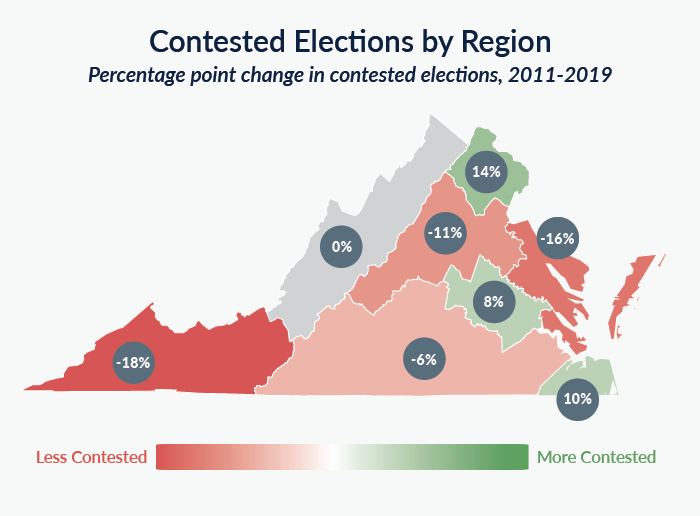