Among the many Democrats running for Virginia General Assembly in 2019, there were several who were great candidates, but didn’t win because they ran in solidly/deep-“red” districts. One of those candidates who impressed me the most in 2019 was Qasim Rashid, who ran for State Senate in a district where Hillary Clinton received just 39% of the vote in 2016, and received 42% of the vote against incumbent State Senator Richard Stuart (R). Check out Video: Qasim Rashid Demolishes Not Just His Republican Opponent’s Lies, but the Lies of Many (Most?) Virginia Republicans Running This Year, which both demonstrates how impressive Rashid, and also makes me curious how he might fare against the abysmal Rep. Rob Wittman (R-VA01, where Tim Kaine won 48% of the vote in 2018) this fall.

But first, of course, Rashid will have to win the Democratic nomination, and currently there are two other Democrats – Vangie Williams and Kevin Washington – running. So…may the best candidate win, then go on and hopefully oust Wittman, who is an utter disgrace to his district and to Virginia. 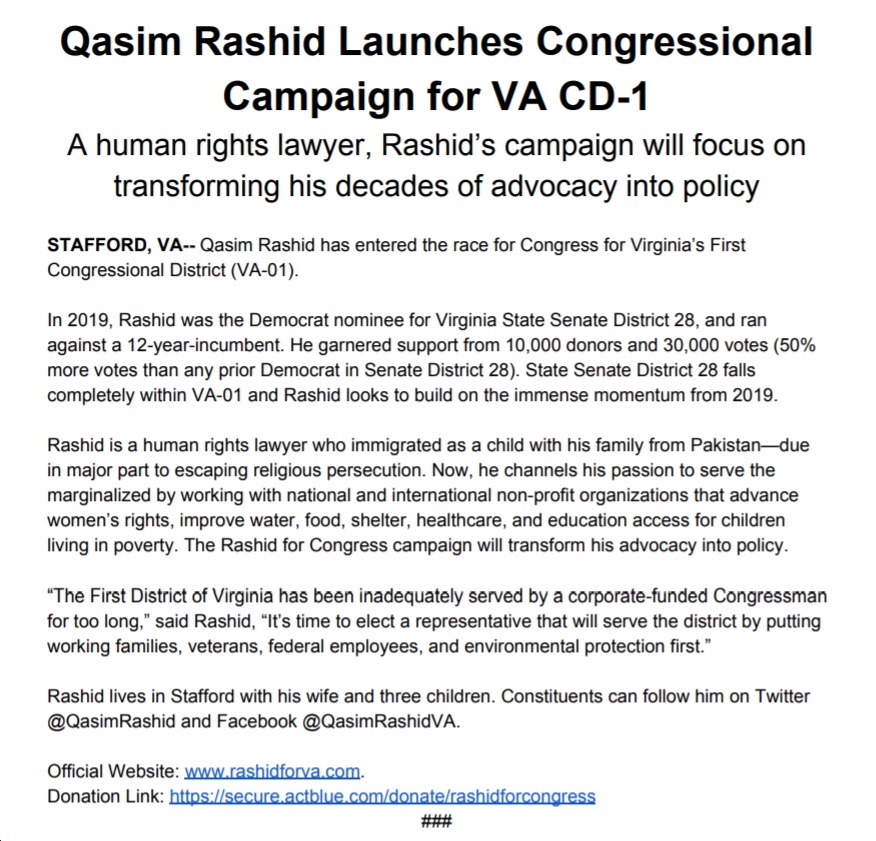 Seems about right. Although if voters are informed about Cao's far-right views on issue after issue (climate denier, Big Lie promoter, 100% anti-reproductive-freedom, etc.), @RepWexton *should* win in a LANDSLIDE. https://bluevirginia.us/2022/05/va10-republicans-nominate-hung-cao-who-backs-off-label-alternatives-to-treating-covid-is-100-anti-reproductive-freedom-rails-against-insidious-grooming-of-students-etc-t#comment-5864603008 h/t @samshirazim

"It seems more fair and concise to say that two notorious racists and antisemites shared the stage, to be honest." - @ggreeneva