With six days to go in this year’s Virginia General Assembly session, how is Gov. Ralph Northam’s “Virginia 2020 Plan,” which he laid out back on January 7, doing? See below for the main items in the “Virginia 2020 Plan,” followed by a rundown (definitely not comprehensive, although I tried to hit the main items…please comment about stuff I missed) of how things are looking at this point, with the legislature wrapping up business this coming Saturday…

On a related note, also check out Governor Northam Unveils Bold Criminal Justice Reform Agenda (“Legislative initiatives include decriminalization of marijuana, parole reform, raising the felony larceny threshold, raising the age of juvenile transfer to adult court, and the permanent elimination of driver’s license suspensions for unpaid fines, fees, and court costs”); Governor Northam Outlines Historic Justice and Equity Agenda (includes ” lifting the Commonwealth’s prohibition on the removal of Confederate war memorials…add[ing] protections and funding for historic African American cemeteries, and creat[ing] a commission to recommend a replacement for the Robert E. Lee statue in the U.S. Capitol”); and Governor Northam Announces Legislative Proposals to Increase Access to Voting (“early voting during the 45 days before an election…mak[ing] Election Day a state holiday”). 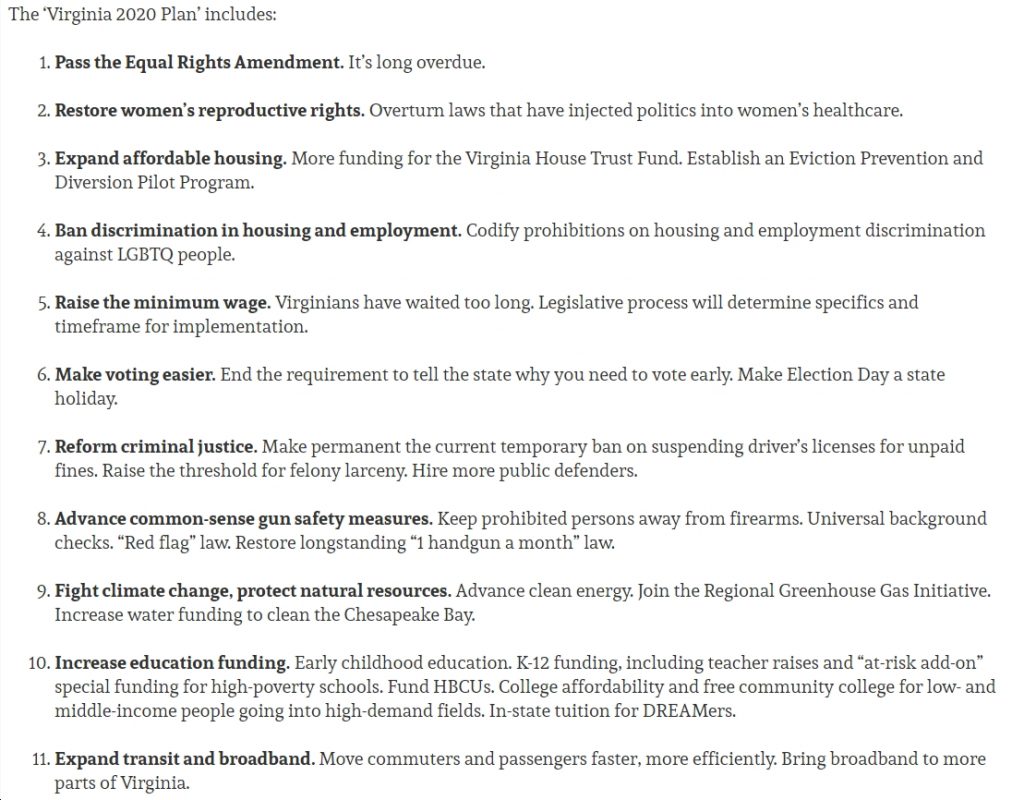 Overall, there’s clearly been a great deal of good legislation passed. With less than a week left to go, we’ll see how much more the House and Senate can churn out…