How is Virginia Gov. Ralph Northam doing in terms of approval ratings at this point, both relative to other governors and also relative to Trump? According to Microsoft News sentiment polling – which fivethirtyeight.com notes uses “multilevel regression and poststratification); methodologically, it’s somewhere between a pure poll and a statistical model” – Northam was at 68% approval as of April 1, which would normally be *great*, but right now places him as the 12th-*least*-popular governor. Which mostly goes to show you how popular governors are right now, with most in the 70s and 80s in terms of approval, and only three in the 50s.

As for Trump’s approval ratings, they’re far, far lower than the governors’ approval ratings. For instance, here in Virginia, Microsoft News’ poll had him at just 43% approval as of April 1. Overall, as Microsoft News writes, “Governors received favorable ratings of 72% on average, compared to 45% for President Trump.” So much “winning” for Trump, huh? LOL 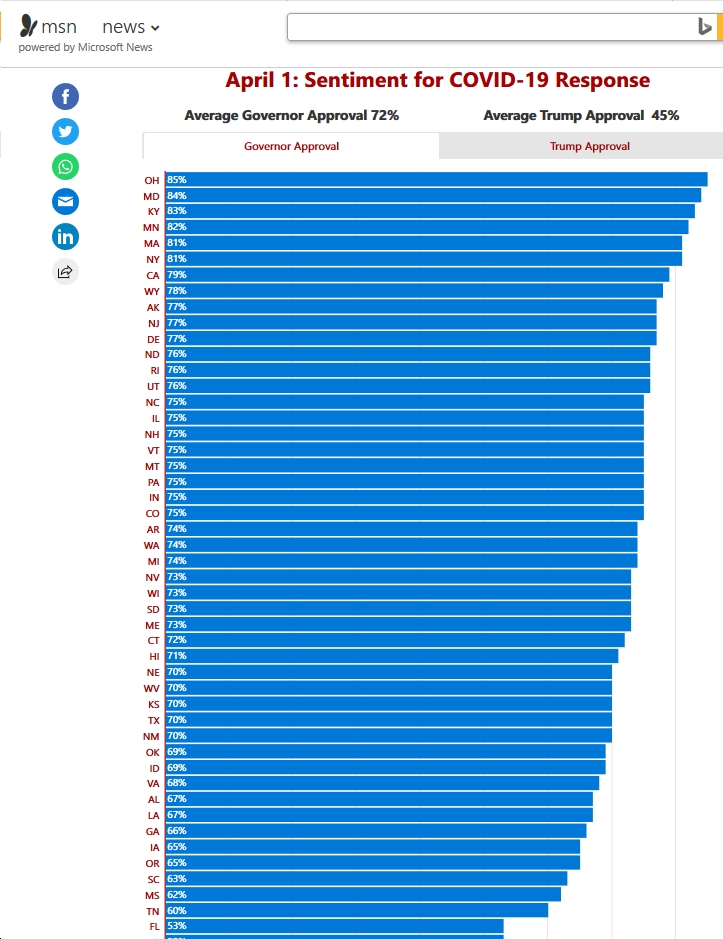 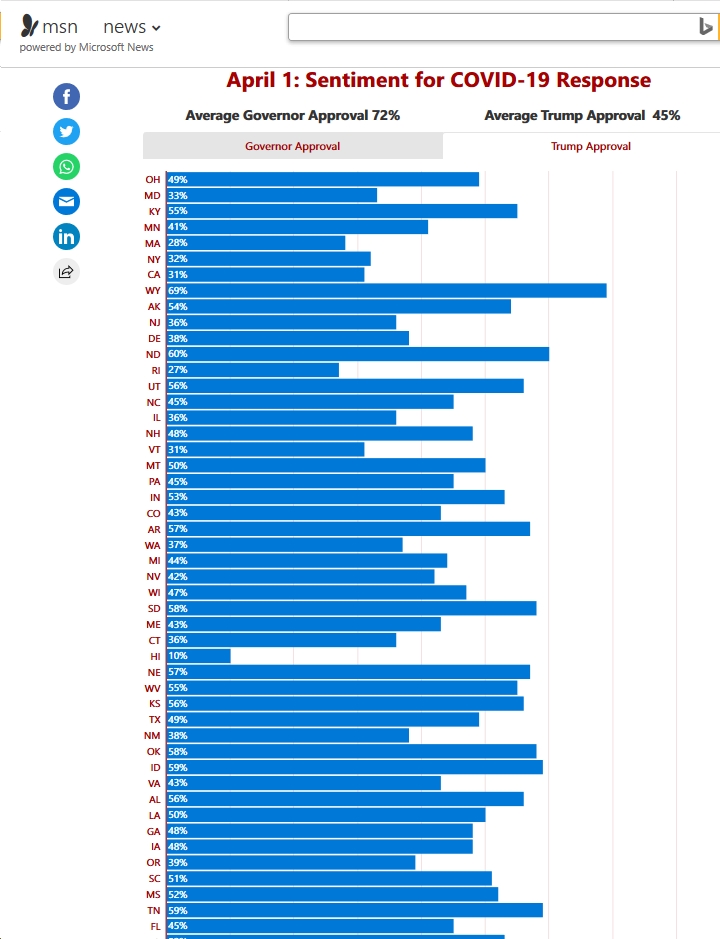